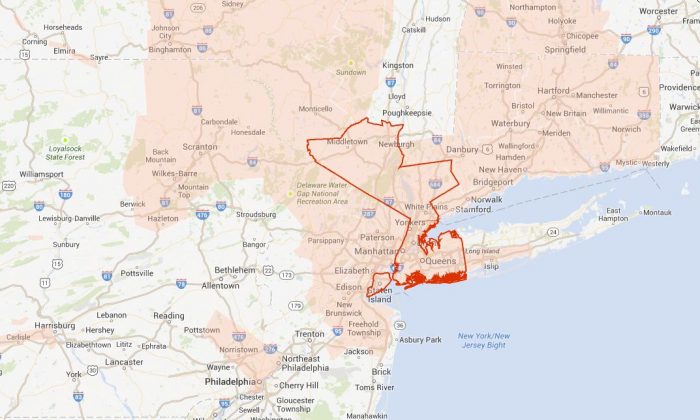 New York City has been placed under a flash flood watch on Friday night, the National Weather Service has said

The Watch remains in effect until late Friday night.

“A slow moving cold front will move across the area this evening through tonight. Rain will increase in coverage late this afternoon and become heavy at times this evening and overnight with the potential for training of embedded thunderstorms. Total rainfall is expected to range between 1 and 2 inches with localized amounts up to 3 inches in the heavier showers and areas of convection. Additionally, the heaviest rain is expected to coincide with high tide on the Atlantic and western Long Island Sound tonight which could exacerbate flooding along the south shore of Long Island and Southern Fairfield County in Connecticut,” the NWS also wrote.

It adds: “With wet antecedent conditions, small streams, rivers and Brooks across Northeast New Jersey and the Lower Hudson Valley might quickly react to heavy rain and overflow their banks.”