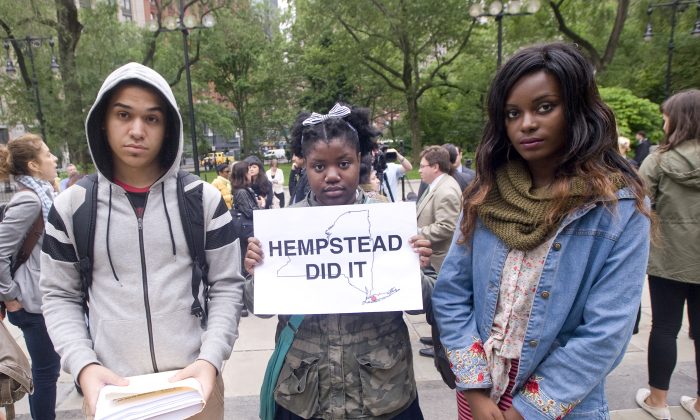 In the end the Department of Education granted only one of the numerous requests made in April by City Council. That one request—funding a full-time, certified art teacher for every school which does not have one—came $3 million short of the $26 million requested by the council.

DOE officials would not clarify how the arts funding will be distributed and which schools might be left out.

The city’s final budget is due on July 1st and additional changes can still be made.

At the City Council budget hearing on Wednesday, Schools Chancellor Carmen Farina said that the DOE is lifting a hiring freeze to bring more arts teachers and counselors on board.

“We are also looking not only at certified art teachers, but art residencies,” Farina said.

Between 2008 and 2013, funds budgeted for the arts in New York City fluctuated between $312 million and $326 million, according to a report from the DOE. This makes this year’s investment in arts teachers the largest single increase in arts funding since at least 2008, the year when the DOE began to track total arts funding.

No Universal Free Lunch
The schools department failed to fill any of the other requests the City Council made in April. Notably, Farina said again on Wednesday that funding universal free school lunches may compromise the city’s access to federal funds.

“I’m disappointed that we can’t come to some sort of agreement on universal school lunch,” James said.

Due to age restrictions and other factors, PSAL is more suitable to some schools than others. According to the Small School Athletic League (SSAL), schools with high poverty rates and more minority students end up with less sports teams than schools with mostly white and economically advantaged students.

The council asked the DOE to fund the SSAL with $1.5 million, so it can serve more students that are outside of PSAL’s reach. The DOE did not provide the funds, and responded that SSAL should merge with PSAL instead.

A group of students from SSAL, wearing their blue jerseys inside out, flooded into the City Council chamber before the budget hearing on Wednesday. Security guards didn’t allow the group to hand petitions to Farina.

Alexis Morant, the assistant director of Small School Athletic League, said that the league filed a civil rights complaint with the Department of Justice on Wednesday regarding the racial inequity in PSAL’s service. Meanwhile, SSAL is continuing to push for funding with city officials, including the mayor, public advocate, and comptroller.