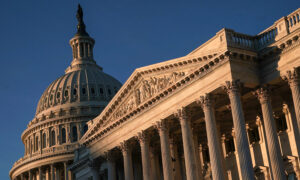 New Year’s Resolutions for the NRA

1. We will stop referring to ourselves as a “civil rights” organization that defends “human rights.” It is a sacrilege to people actually killed or harmed by civil and human rights abuses.

2. We will stop pointing at Chicago and saying gun laws don’t work. We will admit the majority of Chicago crime guns are trafficked from states and counties with loose laws.

3. We will stop saying “the government is going to take your guns” to block federal laws. The confiscation we announced 7 years ago never happened.

4. We will stop blaming “mental health” problems for U.S. gun violence. We admit every country in the world has mental health problems but they don’t have Newtowns and Virginia Techs.

6. We acknowledge that “outlaws” don’t have guns in the 28 EU countries, Canada, New Zealand, Australia, Japan and other countries with strict gun regulations. We also admit, grudgingly, they are not “tyrannies.”

7. We will stop our insulting comparison of guns to knives, hammers, cars and swimming pools–none of which kill when used as directed. On the same day as the Sandy Hook massacre, 20 Chinese school children were attacked with a knife and none died.

8. We accept responsibility for the armed vigilante movement popularized by George Zimmerman and Michael Dunn. We admit “concealed carry” laws are the biggest revenue infusion since “Obama is going to take your guns.”

9. We will stop defending sales to civilians of non-defensive weapons like TrackingPoint’s “can’t miss” sniper rifle. We admit they are ready-made for insurrectionists, terrorists and hate groups.

10. We regret our work to help suspected domestic abusers keep their guns while under orders of protection. We admit this costs many women’s lives and that our sleazy sales pitch to tell women to arm themselves too just makes things worse.

Join the effort to get corporate America to take a stand against gun violence.