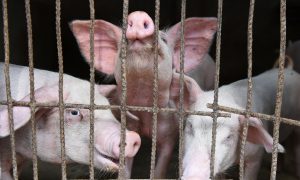 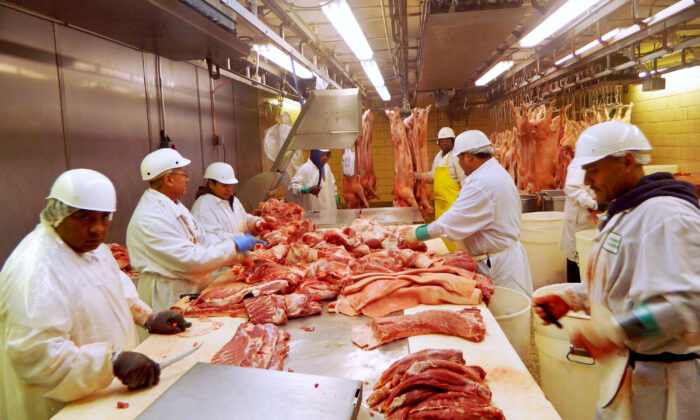 The U.S. Department of Agriculture (USDA) updated the rules for its 52-year old inspection system at hog slaughterhouses that will increase production by 12.5 percent, just as China is set to make big agricultural purchases.

The USDA spent 22 years trying to update the swine slaughter component of the 1967 Wholesome Meat Act that still relies on antiquated “poke and sniff” inspection method to prevent disease transmissions into the nation’s food supply.

The Trump administration fought a concerted battle with the United Food and Commercials Workers International Union that claimed changing the regulatory protocol would reduce USDA eyes-on inspections. But the union’s real goal was preserving five decade limitation on slaughter line speeds to a maximum of 1,106 hogs per hour.

With pork processing volume down to 2.4 million hogs per week due to the U.S.-China trade war, America has excess capacity of 700,000 hogs per week available for export.

“The final rule is the culmination of a science-based and data-driven rule-making process which builds on the food safety improvements made in 1997, when USDA introduced a system of preventive controls for industry. With this rule, FSIS will finally begin full implementation of that program in swine establishments.”

Pork is the number one consumed protein globally. In March 2018, just before the outbreak of African swine fever (ASF), China was home to the largest number of pigs of any country with 440.6 million head. The European Union was second with 150 million head, and the United States was third with 73.2 million head.

African swine fever is potentially the worst animal epidemic in history, affecting pigs and wild boars with up to 100 percent fatality rate. The virus is thought to be derived about 100 years ago from the soft tick that infects wild African giant forest boars. But a more virulent form broke out in Cuba in 1971, and spread across Europe in the mid-1990s. China reported its first case in August 2018.

The U.N. Food and Agricultural Organization reported on Sept. 20 that China’s Ministry of Agriculture and Rural Affairs (MARA) has confirmed 157 ASF outbreaks detected in 32 provinces and autonomous regions. MARA culled 1,170,000 Chinese pigs in an effort to halt the further spread of ASF, but another 100 million pigs have died from ASF.

China’s annual food price inflation averaged 5.7 percent since the nation opened for trade in 1993. But Chinese food inflation jumped from 9.1 percent in July to 10 percent in August, its highest level since January 2012. Pork inflation led prices higher with a 46.7 percent jump in August, up from a 27 percent price spike in July.

With less than two weeks before the “Golden Week” celebrations from Oct. 1 to Oct. 7 marking the 70th anniversary of the founding of the People’s Republic of China, the China Merchandise Reserve Management Centre announced the auction 10,000 tonnes of frozen pork from its strategic reserves. But estimated China pork demand exceeds 10 million tonnes.

But China state-owned Xinhua news agency reported on the morning of Sept. 21 that China and the United States had “constructive” trade discussions in Washington.