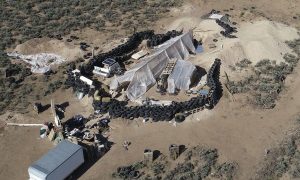 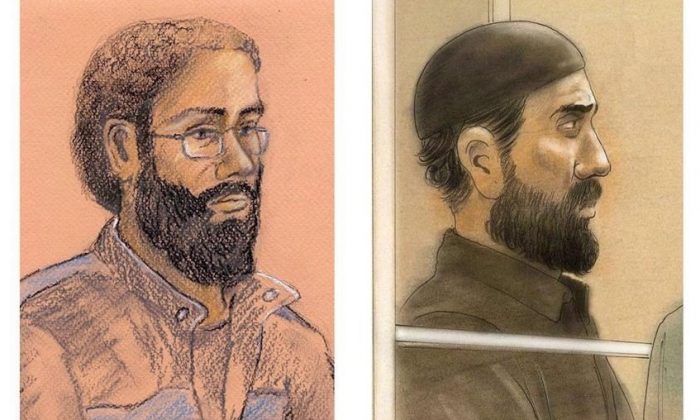 TORONTO—Two men found guilty of terrorism charges in connection with a plot to derail a passenger train between Canada and the U.S. were granted a new trial Tuesday after Ontario’s highest court found the jury that convicted them was improperly selected.

Raed Jaser and Chiheb Esseghaier were found guilty in 2015 on a total of eight terror-related charges between them. They were sentenced to life in prison with no chance of parole until 2023.

The two challenged their convictions, and lawyers for Jaser argued the trial judge mistakenly rejected their client’s request regarding the method of jury selection. The lawyer appointed to assist Esseghaier—who continues to be self-represented—agreed in written arguments that a new trial had to be ordered on that ground.

Ontario’s Court of Appeal said the trial judge had made an error in denying Jaser his preferred method of jury selection.

“The question here is not actual prejudice, which in these kinds of circumstances is impossible to gauge, but prejudice to the due administration of justice flowing from the denial of a jury selection method which was in law properly invoked,” it wrote.

As part of the jury selection process, prospective jurors may face questions regarding their ability to remain impartial.

Given the nature of the accusations against Jaser and Esseghaier, and the significant media attention leading up to the trial, this questioning was deemed necessary in this case, the appeal court said.

Prospective jurors were to be asked whether their ability to weigh the case based on the evidence would be affected by the fact that both accused are members of a visible minority and Muslim.

During this questioning, two people from the jury pool are given the role of “triers,” which means they consider the answer and determine whether there is sign of bias. Lawyers for both the Crown and the defence then decide whether to allow the person on the jury.

In a process called “rotating triers”—which is the default method—each newly appointed juror replaces one of the two triers so that the responsibility is shared.

While not laid out in the Criminal Code, common law granted the court the discretion to exclude from the room all other prospective jurors during this process or both prospective jurors and those already selected who were not currently acting as triers.

An alternative process known as “static triers” was created in the Criminal Code in 2008, allowing the accused to ask the court to exclude prospective and selected jurors during the questioning, as long as they could show it was necessary to ensure the jury remained impartial. If the court agreed, it would then choose two people—the static triers—to assess all the prospective jurors. Static triers do not get to serve on the jury.

Jaser had requested to have the jury chosen by rotating triers with any prospective jurors excluded from the room, but the trial judge said he no longer had the discretion to make that order, according to court documents.

What’s more, the judge said he would not have granted Jaser’s request even if he could, since the issue could be remedied by using static triers, which he then imposed even though Jaser had not formally applied to use them, the documents said.

There was debate at the time of the trial over whether judges retained the discretion to exclude prospective and some selected jurors when using rotating triers, but it has since been determined that they do, the appeal court said.

“It was an error of law for the trial judge to refuse to exercise a discretion based on a view that a remedy not sought by Jaser would have better achieved his ends,” the appeal court said.

Though Esseghaier, who largely chose not to participate in the trial proceedings, did not weigh in on the issue of jury selection at the time, he should also receive a new trial, the appeal court said Tuesday.

Several other verdicts have been overturned due to similar errors in recent years, including a conviction on two counts of second-degree murder for Christopher Husbands, the man who opened fire at Toronto’s Eaton Centre in 2012. Husbands also underwent a new trial and was found guilty of manslaughter earlier this year.

Jaser had also raised other grounds for appeal but the jury issue was heard first. Both men also previously indicated they wished to challenge their sentences, but the call for a new trial makes that unnecessary.

The Public Prosecution Service of Canada said in a statement it will proceed with a new trial, and noted it has 60 days to decide whether to seek leave to appeal the ruling to the Supreme Court of Canada.

Jaser and Esseghaier were arrested in April 2013 after a months-long investigation that involved an undercover FBI agent who gained their trust and secretly recorded hours of their conversations.

The two were recorded speaking about terror plots they would carry out in retaliation for Canada’s military actions in Muslim countries, including the planned derailment of a Via Rail train travelling between New York and Toronto.