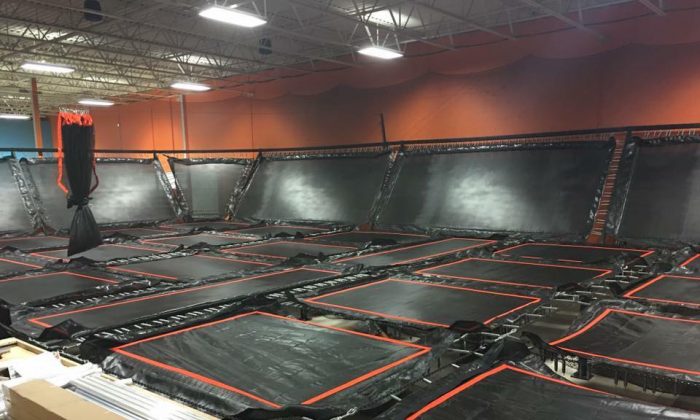 The Sky Zone Trampoline Park is set to open on December 17 in Indiana, and is attracting a lot of interest.

The park’s website says Sky Zone is the world’s first indoor trampoline park. The first one opened in in Las Vegas in 2004 and there are now almost 100 locations across the world.

The new 25,000-square-foot Sky Zone in Mishawaka features a bunch of trampolines as well as a pit for landing filled with 10,000 foam cubes.

“We’re the inventors of ‘fun fitness’ and the makers of trampolines as far as the eye can see,” the website said. “We give you one of the greatest workouts ever combined with awesome, healthy fun.”

The park was set to open at 3 p.m. local time on Thursday and stay open until 8 p.m. Winter break hours differ from regular hours.

The cost for 30 minutes of jumping time is $10, with the time and cost going up to 2 hours and $20. SkySocks, which are required to jump, cost $2. They’re reusable.

All jumpers need a valid waiver, and those under 18 must get theirs signed by a parents or legal guardian.

At the soft opening on Wednesday, people were pleased with the center.

“We have a trampoline at home,” Nicole Chase told the South Bend Tribune, “but this gives us something to do in the winter.”

“This is a great way to work off all that energy,” added grandma Diana Hensell.