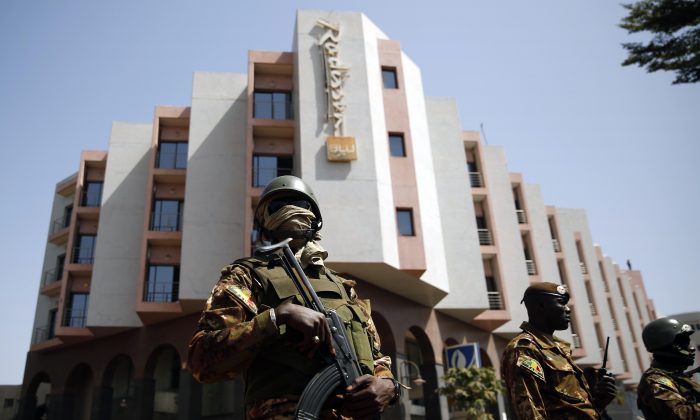 BAMAKO, Mali—Mali began a three-day mourning period with flags flying at half-staff on Monday for victims of the assault on a luxury hotel full of foreigners, a day after a dueling claim of responsibility emerged.

The group said the two were the only assailants in the attack that killed 19 people. Initial reports from witnesses and officials suggested there could have been as many as 10 gunmen. The bodies of only two gunmen were recovered from the scene.

The recording from the Al-Mourabitoun (The Sentinels) group named the gunmen as Abdel Hakim Al-Ansari and Moadh Al-Ansari, Al-Akhbar said in an article posted online Sunday. No nationalities were given, though the name “Al-Ansari” suggests they were both Malian.

Meanwhile, a different extremist group that emerged only this year also issued a claim of responsibility for the attack. The claim, reported Sunday by French media, underscores the shifting alliances and memberships of the extremist groups operating in Mali and nearby countries.

The new group, the Macina Liberation Front, is active in central Mali and said it had worked with yet another militant group, Ansar Dine. The claim said the attack was in retaliation for Operation Barkhane, the regional French fight against Islamic extremists, according to Radio France Internationale.

Officials in this former French colony have said they are searching for more than three suspects who may have been involved in the attack on the Radisson Blu hotel in Mali’s capital, though they have provided no other details on the possible leads.

In the absence of clear information, analysts have speculated on other possible motives, including a desire to disrupt Mali’s fragile local peace process or a wish by al-Qaida to demonstrate its relevance amid high-profile attacks by its rival, the ISIS group.

Al-Mourabitoun has links to al-Qaida and the group’s first statement on Friday described collaboration with al-Qaida’s “Sahara Emirate.”

On Monday morning, the national flag outside Prime Minister Modibo Keita’s office was lowered to half-staff just after sunrise.

“We are aware that the country is in crisis and we must stand with the victim’s families,” said Makan Kone, a spokesman for Keita, adding that the ceremony was “to show our pain for the death of 19 people.”