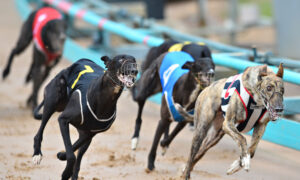 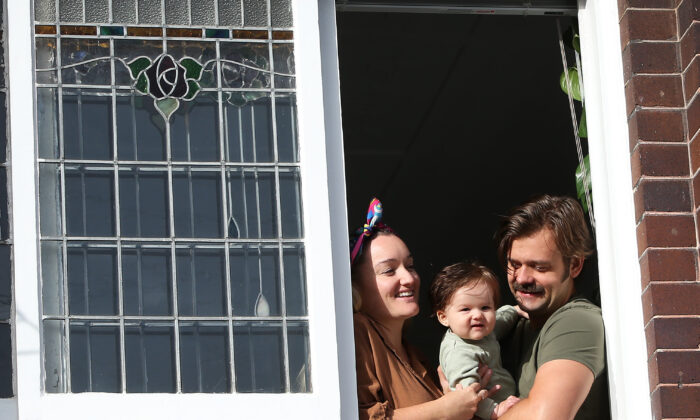 Laura Pike and partner Jordan Gallaway isolate with daughter Rumi, who was born during the bushfires, at their home in the Eastern Suburbs on April 20 in Sydney, Australia. (Lisa Maree Williams/Getty Images)
Australia

New South Wales (NSW), the state hardest hit by the CCP virus with almost half of the nation’s cases, has eased social gathering restrictions starting on May 1.

A government website details what people can and can’t do. Among the new rules, two adults and any dependant children are allowed to visit another household, so long as social distancing is practiced at all times. Visitors also need to take extra care around those over 70 or people with a preexisting condition.

The state initially enforced the lockdown for 90 days (pdf) which would have restricted outdoor movements and public gatherings until the end of June.

The restrictions have eased because the number of new CCP virus cases has dropped markedly. However, four new cases were reported on April 30.

One consideration for the decision was to alleviate loneliness and anxiety as people have been at home in isolation for over a month since the stay-at-home orders began.

The CCP virus cluster at Newmarch House confirmed another death.

“Anglicare Sydney is deeply saddened to advise of the death of a resident at Newmarch House on the afternoon of Thursday 30 April who had tested positive for COVID-19,” they said in a media statement.

The 74-year-old man was a resident of the Anglicare-run home which has seen nearly 60 cases since the cluster began on April 11.

An employee who worked for six consecutive days while suffering very mild respiratory symptoms introduced the virus to Newmarch, according to the operator.

This is the 43rd CCP virus death in NSW, taking the national death toll to 93.

Relatives of the residents at Newmarch House criticised the aged care for a lack of communication, to which the nursing home responded by allowing window visits.