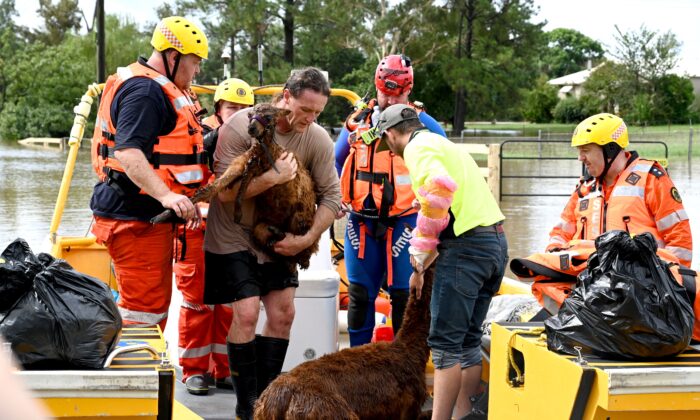 The New South Wales (NSW) government has launched an independent flood inquiry to examine and report on the causes, preparedness, response, and recovery from the unprecedented weather event.

Acting Premier Paul Toole said the review would ensure NSW could quickly improve its preparation for and response to future flood risks.

It will also take into consideration the current and future land planning and management, building standards, and the safety of emergency services and community first responders.

“We have always said we will take whatever action we can to improve our management of natural disasters, and this inquiry is an important step in that process,” Toole said. “No two floods are the same, and there is no formulaic response, but when it comes to natural disasters, we can never be too prepared.”

The first report, primarily on causation and land use planning and management, is due on June 30, and the final report is on Sept. 30.

The inquiry comes after many residents in flood-affected areas felt abandoned by authorities, with families left stranded on their roofs.

A group of up to nine residents from the flood-devastated northern suburb of Lismore travelled to Prime Minister Scott Morrison’s residence and dumped their destroyed household possessions at the entrance.

The flood victims criticised the prime minister’s handling of the crisis and called for climate action, holding signs that read “Your climate inaction killed my neighbour” and “Morrison, your climate megaflood destroyed our homes.”

One of the protesters, Kudra Ricketts, 24, said she had to swim through the flood waters during the middle of the night after her home was suddenly submerged.

“I lost everything. I lost all of my special possessions, I lost photos of dead relatives that I could never replace,” she told AAP. “None of us are safe from the effects of climate change while our government continues to … subsidise fossil fuel companies.”

Reports of antagonistic behaviour towards Australian Defence Force (ADF) personnel, who have been assisting with rescue and recovery operations, have also emerged as people expressed their frustrations.

NSW State Emergency Service’s (SES) Northern Zone Commander Steve Patterson told the ABC that he was disheartened at people who unfairly criticised soldiers in uniform on social media and in public.

“A Defence member that I’ve been working with quite closely right throughout the flood, who was in Lismore in uniform, was spat upon by a member of the public,” he said.

“That’s just behaviour that is almost beyond my understanding at any point, but let alone when these members have been out there working so hard.”

Patterson said he understood that people affected by the disaster would feel anger and grief at the situation but asked critics to reflect on the impacts that their tone and content could have on the people working to help out.

Morrison previously defended the response by the ADF, saying they had been deployed as fast as possible.

He noted that during emergencies, the first response always came from within the community, which is then followed by state response and then support from the ADF.

“That is what happens in relation to every natural disaster. The SES and the Defence Forces don’t replace that community response. They add to it, they support it, and they bring in the heavy equipment,” he said.