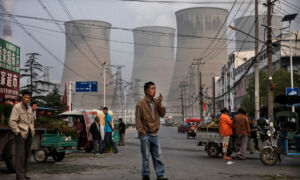 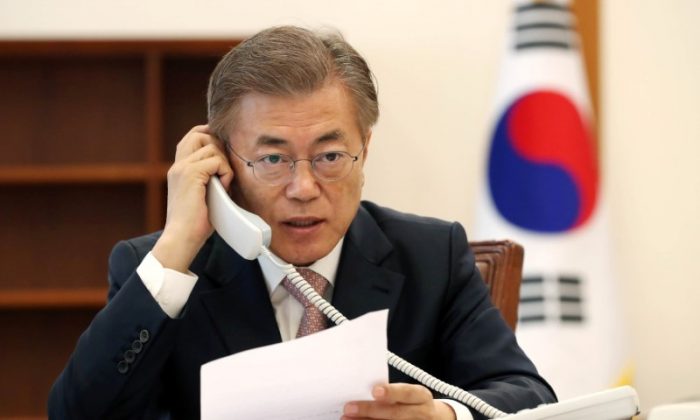 Moon Jae-in, a liberal former human rights lawyer, was sworn in on Wednesday and said in his first speech as president he would immediately address security tensions that have raised fears of war on the Korean peninsula.

“The resolution of the North Korean nuclear issue must be comprehensive and sequential, with pressure and sanctions used in parallel with negotiations,” Moon’s spokesman, Yoon Young-chan, quoted Moon as telling Xi.

“Sanctions against North Korea are also a means to bring the North to the negotiating table aimed at eliminating its nuclear weapons,” Yoon told a briefing, adding that Xi indicated his agreement.

Moon has taken a more conciliatory line with North Korea than his conservative predecessors and advocates engagement. He has said he would be prepared to go to Pyongyang “if the conditions are right”.

Regional experts have believed for months that North Korea is preparing for its sixth nuclear test and was working to develop a nuclear-tipped missile capable of reaching the United States, presenting U.S. President Donald Trump with perhaps his most pressing security issue.

Trump told Reuters in an interview last month major conflict with North Korea was possible though he would prefer a diplomatic outcome.

North Korea says it needs its weapons to defend itself against the United States which it says has pushed the region to the brink of nuclear war.

“How to respond to North Korea … is an urgent issue. I would like to closely cooperate with the president to achieve the denuclearization of North Korea,” Abe told Moon.

But Abe also said “dialogue for dialogue’s sake would be meaningless” and he called on North Korea to demonstrate “sincere and concrete action”, Hagiuda said, adding that Moon shared Abe’s views.

Japan has been concerned that Moon will take a tough line on feuds stemming from the bitter legacy of its 1910-1945 colonization of the Korean peninsula and could fray ties at a time when cooperation on North Korea is vital.

Moon told Abe to “look straight at history” and not make the past “a barrier”, though he raised South Korea’s dissatisfaction with a 2015 agreement meant to put to rest a dispute over Japanese compensation for South Korean women forced to work in Japanese brothels before and during World War Two, Korea’s presidential office said.