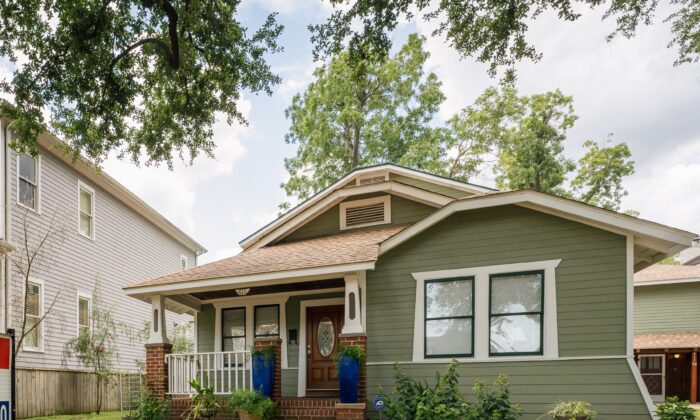 A home available for sale is shown in Houston on Aug. 12, 2021. (Brandon Bell/Getty Images)
US Real Estate

Sales of new single-family houses dropped to the lowest level in four months in March 2022 amidst a rise in mortgage rates, according to the latest data from the U.S. Census Bureau and the U.S. Department of Housing and Urban Development.

Regionally, the West saw the sales of new single-family homes rise by 21 percent in the 12-month period ending March 2022. The Northeast saw an increase of 12.8 percent, while the South and Midwest saw a decline of 24.7 percent and 13.8 percent respectively.

There were 407,000 new homes for sale at the end of March, representing a supply adequate for 6.4 months based on the present rate of sales.

“Higher mortgage interest rates and rising construction costs are pricing buyers out of the market, and these higher costs are particularly hurting entry-level and first-time buyers,” said Jerry Konter, chairman of the National Association of Home Builders (NAHB), in an April 19 press release.

According to the NAHB/Wells Fargo Housing Market Index (HMI), builder confidence for newly-built single-family homes dropped two points to 77 in April, the fourth straight month of such declines.

The average contract interest rate for 30-year fixed-rate mortgages with conforming loan balances ($647,200 or less) rose to 5.37 percent for the week ending April 22 according to a news release by the Mortgage Bankers Association.