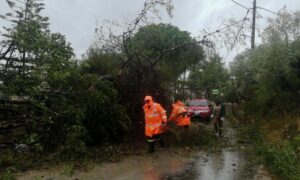 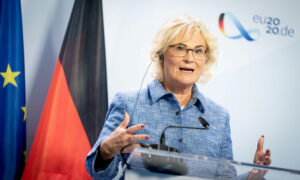 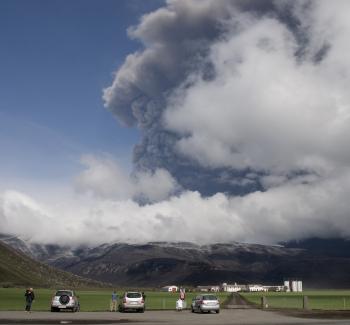 By Simon Veazey
Print
LONDON—New rules in Britain on flights through volcanic ash came into force on Tuesday that should reduce disruption to air travel caused by the continuing eruption of a volcano in Iceland.

The relaxation of rules by the Civil Aviation Authority (CAA) allows aircraft to travel through airspace with double the concentration of ash stipulated by European rules for a period of time specified by the engine manufacturer.
The announcement was brought into effect on Tuesday and comes as a relief to the airline industry, which suffered an estimated 1,000 cancelled flights on Monday as the Met Office (the U.K.’s national weather office) warned the ash cloud was drifting across the country once again.

The CAA says the new rules mean airspace in Britain and Ireland that would have previously been closed can safely open.

Andrew Haines, Civil Aviation Authority chief executive, said: “Unprecedented situations require new measures and the challenge faced should not be underestimated. Firstly because the standard default procedure for aircraft that encounter ash, to avoid it completely, doesn’t work in our congested airspace. Secondly, the world’s top scientists tell us that we must not simply assume the effects of this volcano will be the same as others elsewhere. Its proximity to the U.K., the length of time it is continuously erupting, and the weather patterns are all exceptional features.

“It’s the CAA’s job to ensure the public is kept safe by ensuring safety decisions are based on scientific and engineering evidence; we will not listen to those who effectively say ‘let’s suck it and see.’”

Low cost airline Flybe was the first to obtain a certificate from its engine manufacturers, according to the CAA, which expects many more to quickly follow suit.

Chief executive of Flybe Jim French said in a statement: “The application of these new rules in the last 48 hours would have reduced our levels of cancellation from 380 flights to 21, or put another way, only 3 per cent of our programme would have been affected.”

With $1.7 billion in losses to the industry in April, when the Eyjafjallajökull volcano closed much of European airspace for six days, the latest closures to British airspace had raised the ire of airline bosses.

At his first meeting with the new Transport secretary, British Airways chief executive Willie Walsh described a blanket ban that closed Heathrow and Gatwick on Monday as “a gross over-reaction to a very minor risk.”
He said: “I am very concerned that we have decisions on opening and closing of airports based on a theoretical model. There was no evidence of ash in the skies over London today yet Heathrow was closed.”

Currently, restrictions on flights are based upon predictions of ash cloud concentrations created in part by computer modeling of weather patterns by the Met Office. The cancellation of flights on Sunday and Monday were based on these predictions, but measurements detected no ash.

Sir Richard Branson, the president of Virgin Atlantic, said the closure of Manchester airport the day before was “beyond a joke” and demanded a rethink to the policy.

Besides predictive calculations of what an engine might withstand, the main source of evidence of the dangers of volcanic ash is a British Airways 747 flight on June 24, 1982. Traveling from London to Auckland it flew into an ash cloud from the volcanic eruption of Mount Galunggung, Indonesia.

All four engines stalled, but the plane cruised through the cloud until the engines restarted. It landed safely in Jakarta with no one injured.