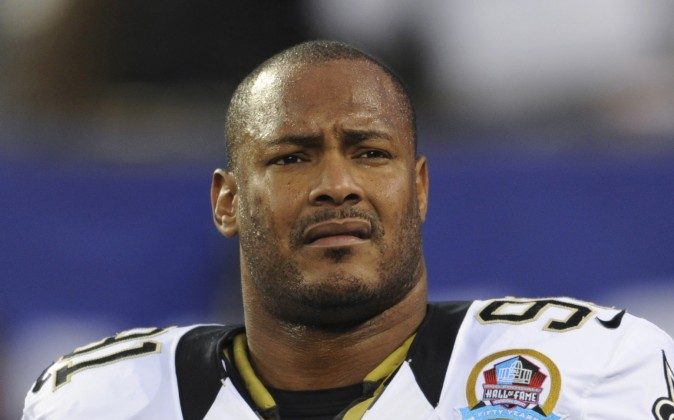 A toxicology report of Will Smith, the New Orleans Saints’ defensive end who was shot and killed after a traffic accident in New Orleans on April 9, placed his blood alcohol content at .24 percent—which is three times Louisiana’s legal limit of .08 percent.

The New Orleans Times-Picayune, citing two sources who wished to remain anonymous, said the report has yet to be made public, speculating that the information may be presented in the June 1 hearing for Cardell Hayes, the 28-year-old man charged with killing Smith.

Hayes was charged with second-degree murder. The 34-year-old, Pro Bowler Smith, who played nine seasons in the NFL, was shot after the driver of a vehicle hit Smith’s SUV, and the driver and Smith exchanged words, police say.

Hayes fatally shot Smith seven times in the back and once in the chest—after a traffic accident in New Orleans. Hayes is also accused of shooting Smith’s wife, Racquel, once, which he faces an attempted second-degree murder charge for.

Peter Thomson, Smith’s family lawyer, previously said that Will had not been “inebriated to the point” of being unable to drive, according to the Times-Picayune.

Mourning the loss of a great friend and teammate, Will Smith. Such a senseless tragedy. Please pray for Racquel and their children.

RIP Will Smith may the lord have mercy on your soul at the gates of heaven you were a great man… https://t.co/nuuDvniqDc

Prayers and condolence sent out to Will Smith #RIP and his beautiful family! So sad man. Good dude he was man!