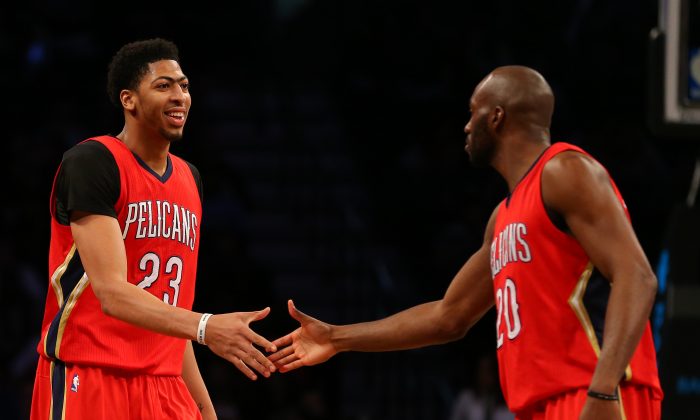 The New Orleans Pelicans took back the eighth spot in the NBA’s Western Conference by default on Wednesday night after their main competition, the Oklahoma City Thunder, fell to the Los Angeles Clippers.

The Phoenix Suns held the final playoff spot in the rough West for months but have gone cold after several trades during the All-Star break, and now are likely out of the picture for good.

That’s left the Pelicans, led by Anthony Davis, and the Thunder, led by Russell Westbrook, to battle it out for the right to likely face the Golden State Warriors in the first round.

Both teams have been dealing with a number of key injuries. Oklahoma City hasn’t had Kevin Durant for about a month and also went without Steven Adams for a spell while New Orleans has been without Jrue Holiday for even longer as well as Ryan Anderson.

Davis has missed time as well this season but recently returned to bolster the Pelicans, which recently lost Tyreke Evans to injury, too.

The Pelicans also have the tiebreaker over the Thunder, in case the teams end up with the same record, thanks to a 3-1 head-to-head record.