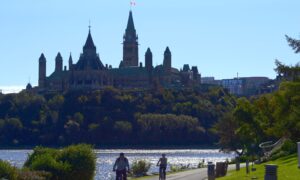 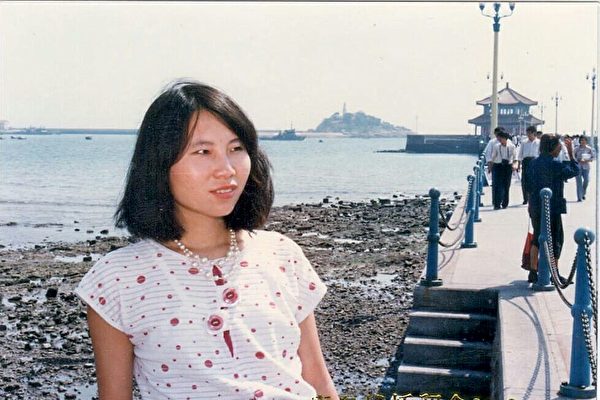 Sun Qian, a Falun Dafa adherent who has been detained in China since February 2017, in an undated photo. Sun has undergone forced brainwashing in the lead-up to her court hearing on April 11. (Handout/The Epoch Times)
Canada

Sun Qian forced to undergo brainwashing ahead of court date, new lawyer given no time to prepare case
By Limin Zhou
Print

Canadian citizen Sun Qian, currently detained in Beijing for practising Falun Gong, was recently forced to undergo brainwashing sessions aimed at coercing her to renounce her beliefs, The Epoch Times has learned.

Meanwhile, the Vancouver resident was given a court date of April 9, just after she finally got a new lawyer when her three previous lawyers were pressured to drop her case. This leaves Zhao Zhiyi—the new lawyer Sun’s family found with great difficulty—little time to go through the 18 volumes of the court documents to prepare for the hearing.

Zhao visited Sun at the Beijing No. 1 Detention Centre on March 27 and learned that she had been forced to go through brainwashing sessions. According to Sun’s sister, Sun Zan, officials from the Canadian embassy in Beijing also visited Sun that day and learned of the brainwashing.

Sun Zan, who talked with the embassy officials and Zhao after they visited her sister, said there have been two attempts to brainwash Sun, each lasting three days.

In the first attempt, from March 12 to 14, three females claiming to be social workers—one of whom said she was a psychologist—spent three days in a room with Sun at the detention centre and used various brainwashing methods to try to force her to give up Falun Gong and denounce the traditional practice, which teaches living by the virtues of truthfulness, compassion, and tolerance.

For the first two days, the three women used psychological pressure to indoctrinate and brainwash Sun. This caused her to suffer from headaches and nightmares, her sister said. On the third day, she was forced to watch propaganda videos demonizing Falun Gong.

The following week, the same three women returned for the second brainwashing attempt; they also brought in a representative from the procuratorate on one of those days.

During the brainwashing sessions, Sun was told that if she gave up her faith and denounced Falun Gong, she would be released and could go on to pursue recovering the shares she had lost from her business.

Sun, who became a Canadian citizen in 2007, is the founder of Beijing Leadman Biochemistry, a multi-billion-dollar company. Soon after she was arrested in February 2017, her husband forged her signature and stole all her stocks.

Aside from the recent brainwashing attempts, Sun has also been physically tortured. Last May, she was kept in handcuffs and shackles 24/7 for about two weeks, even during sleep and going to the bathroom. She was also tied to a metal chair and pepper sprayed, after which she wasn’t allowed to change her clothes for 10 days. Earlier in her incarceration, she was periodically locked in a small room in solitary confinement.

Since the Chinese Communist Party launched its ongoing campaign of persecution against Falun Gong in 1999, practitioners have been routinely tortured and put through brainwashing sessions; the latter often include being injected by unknown drugs, which can have a devastating effect.

Psychiatrist Sunny Lu at the University of Cincinnati’s College of Medicine has studied the brainwashing of Falun Gong practitioners in China. She said that psychological abuse and torture are most often seen in communist countries and have been especially used in the case of Falun Gong. The aim is to make the practitioners think that what they believe is wrong, she said.

The so-called “psychologist” doing the brainwashing would use pressure and fear to mislead the practitioners and cause confusion in their minds until, exhausted after being worked on for many hours or days, they give up.

“It is a type of psychological torture to distort reality, to cause confusion so that you will give up. You will be mentally exhausted so that you cannot think clearly or rationally. It is abusive,” she said.

Sun Zan said her sister is standing strong and staying clearheaded, despite the efforts to brainwash her.

Ottawa ‘should be pulling out all the stops’

Sun Zan said her sister and the whole family hope the Canadian government will intervene to try to stop the mental and physical abuses Sun has been subjected to and demand her unconditional release.

Prominent Chinese lawyer and human rights defender Teng Biao, currently living in the United States, said “the nature of Falun Gong practitioners’ cases is an issue of freedom of religion and freedom of belief.  Since Sun Qian is a Canadian citizen, the Canadian government has a responsibility to make the greatest effort possible at the diplomatic level and beyond to help rescue her.”

“The Canadian government should be pulling out all the stops and making the maximum effort to protest to the Chinese government. They should not only use diplomacy but also do it publicly,” he said, adding that the Beijing regime has been on a “witch hunt” against practitioners in China for the past 20 years.

“The point is, she is a Canadian citizen and Falun Gong is a completely legal practice in Canada. The Canadian embassy officials and the Canadian government should be pulling out all stops to protest this, because it is totally outrageous. It cannot be justified under Chinese law, Canadian law, or international law.”

Rallies appealing for Sun Qian’s release will be held in several cities across Canada in the coming days.