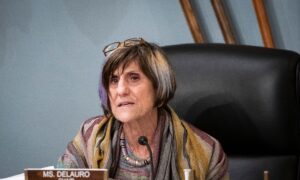 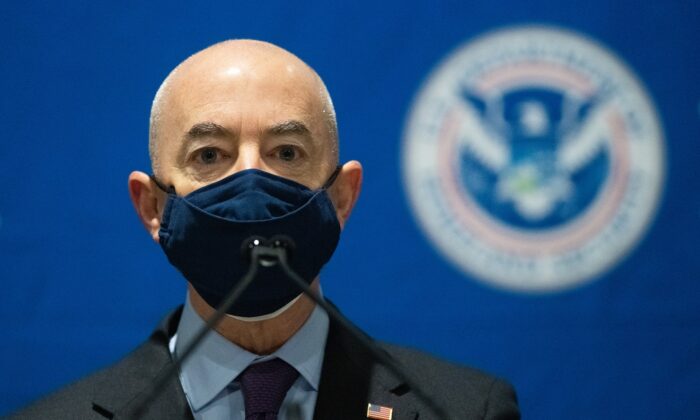 Rep. Yvette Herrell (R-N.M.) wants answers from the new Secretary of Homeland Security about reports that undocumented immigrants are coming into the United States without CCP virus testing or adequate criminal or national security background checks.

Herrell told the recently confirmed Alejandro Mayorkas in a March 2 letter made available to The Epoch Times that border policies he and President Joe Biden have recently adopted represent “a clear and present danger” to residents of her district.

“According to numerous media reports, the Department of Homeland Security (DHS) is releasing thousands of aliens into the United States without COVID-19 tests where Title 42 has been abrogated for what appear to be political reasons,” Herrell told Mayorkas in her letter.

Title 42 is a regulation issued under former President Donald Trump in 2020 that directed DHS agents to return to their country of origin all illegal immigrants stopped at the U.S. border who are suspected of being health risks, either because they tried to evade screening measures or were subject back home to quarantining.

Herrell told The Epoch Times in a March 2 interview that she’s especially concerned about the resumption of “catch-and-release” because “we are seeing now where criminal aliens are starting to come into America. We know from previous information that, once they come into the country, there is no guarantee that they will show up for their court hearing.”

“In fact, in some cases when they have a tracking device, an ankle monitor, they just cut those off, then they’ve gone into the nation and there is no way to locate them.”

Herrell said the resumption of catch-and-release in the absence of effective health screening is especially damaging to residents in her district because New Mexico “has just been ravaged by COVID.”

“We’ve been in lockdown for over nine months, our schools are not open, we have an incredible high rate now of teen suicide, we’ve had an incredible number of people with coronavirus and other illnesses sadly being alone in hospitals or in senior living facilities, we’ve had many people who were not able to do basic medical preventative procedures because of COVID, and we’ve had over 300 companies shut their doors for good,” Herrell told The Epoch Times.

Herrell, who was reelected in November 2020 to the seat she had lost in the 2018 election, told Mayorkas that his department now appears to be “relying on local non-governmental organizations (NGOs) to test aliens and quarantine them. This is unacceptable as an alien, once released, has no obligation to remain in the care of an NGO or submit to a COVID-19 test.”

“This says nothing of places where NGOs are unable to provide such testing. This creates a clear and present danger to our border communities and national security,” she said.

Herrell also questioned Mayorkas about a recent meeting in which federal officials admitted they are releasing immigrants into the United States without screening for national security alerts.

“Additionally, I remain concerned that during a Feb. 16, 2021, DHS and Department of State staff call on the Biden administration’s decision to allow reentry of those removed under the Migrant Protection Protocols (MPP), the administration admitted aliens are being admitted to the United States without security and criminal background checks that are comprehensive and current in the country of origin and countries of transit,” Herrell wrote.

“This is a critical safeguard as background checks in the United States would likely not expose a criminal record of an illegal alien that has never entered the country before.

Much of the background information and data that is available from many foreign nations are in analog formats and subject to corruption, misrepresentation, and other problems that make such systems all but useless, she wrote.

DHS did not respond to a request for comment.