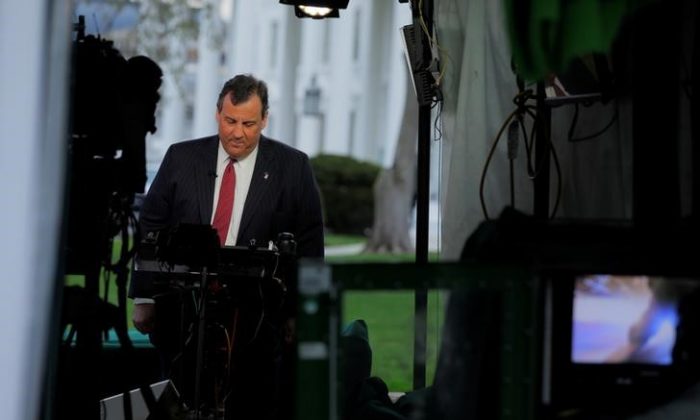 NEW YORK—New Jersey Governor Chris Christie has ordered the state to halt all payments to Amtrak and called for an investigation of the national rail operator’s maintenance of tracks and other equipment after the derailment of an NJ Transit train this week.

The seemingly minor incident led to a track reassignment at the station, forcing NJ Transit and the Long Island Rail Road to limit service on their networks and creating chaos for commuters in the country’s largest city.

“These incidents raise serious questions about the condition of tracks and other assets maintained by Amtrak,” Christie wrote in a letter sent to Amtrak late on Wednesday and made public by the governor’s office on Thursday.

Amtrak is responsible for maintaining tracks and other railroad infrastructure on the Northeast Corridor, which runs through New York Penn Station en route to New Jersey and points south.

NJ Transit, the state’s public transportation system, pays Amtrak $2.5 million to $5 million each month to cover operating expenses. Last week, it made a $62 million payment for capital investments in the Northeast Corridor.

Christie said NJ Transit would cease the payments until an independent examination of Amtrak’s equipment along the corridor has been conducted and shows it is in good condition.

The governor also threatened to take legal action to recover the $62 million and other past payments New Jersey has made to Amtrak.

New York Governor Andrew Cuomo, who has been pushing plans to modernize Penn Station, an outdated labyrinthine hub in the heart of New York City, has not publicly commented about the derailments.

But the two top officials of the Metropolitan Transportation Authority, whose 230,000 daily passengers on the Long Island Railroad also have endured delays because of the recent mishaps, complained vigorously and requested a meeting with Amtrak.

“The increasing frequency of these failures leaves the clear impression that Amtrak is not aggressively maintaining its tracks, switches and related equipment at Penn Station and that repairs have not happened as swiftly as needed,” said MTA Acting Chairman Fernando Ferrer and Interim Executive Director Veronique Hakim in a letter to Amtrak dated Wednesday.

Another Train Derails at New York’s Penn Station, One Injured

At a press conference on Thursday at Penn Station, Amtrak Chief Executive Officer Wick Moorman offered few details about the impact on the lost payments from NJ Transit.

“I understand the governor is upset, and he has a right to be,” Moorman said. He added: “Withholding funding is not going to solve any problems.”

Moorman said he expects service to be fully restored at Penn Station by Friday morning.

NJ Transit, which was also recently under federal review, is struggling with its own safety concerns.

From January 2007 through June 2016, it ranked second to Amtrak for the most train accident reports nationwide for commuter railroads.

Penn Station, which is used by 600,000 commuter rail and Amtrak passengers daily, has been hampered by a limited number of tracks and a century-old tunnel, heavily damaged during 2012’s Superstorm Sandy, that acts as a main pathway to the station.

Amtrak’s $24 billion Gateway plan to build a new train tunnel under the Hudson River and repair the existing tunnel, is considered one of the most important infrastructure projects in the nation.

Christie canceled a new Hudson River tunnel project for which ground had already been broken soon after he took office in 2010, saying the cost was too high.