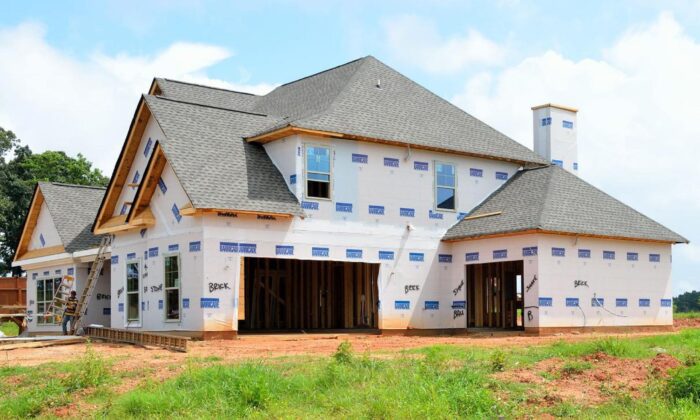 Stock photo of a house under construction. (Paul Brennan/Pixabay)
Markets

New Home Sales Are Up, But Fewer People Are Looking for New Homes

Two new housing data reports find an increasing volume of new home sales and a drop in the number of people seeking out these properties.

Sales of new single‐family houses in May 2022 were at a seasonally adjusted annual rate of 696,000, according to estimates released by the U.S. Census Bureau and the Department of Housing and Urban Development. This represents a 10.7 percent uptick from the revised April rate of 629,000, although it is also 5.9 percent below the May 2021 estimate of 740,000.

The median sales price of new houses sold in May was $449,000, while the average sales price was $511,400. The seasonally‐adjusted estimate of new houses for sale at the end of May was 444,000, which represents a 7.7-month supply at the current sales rate.

While new home sales were on the rise in May, fewer people were in search of a new residence in June, according to the brokerage Redfin Corp, which reported Google searches of “homes for sale” during the week ending June 18 were down 14 percent from one year earlier.

Redfin’s Homebuyer Demand Index, which measures requests for home tours and other homebuying services from the company’s agents, was down 16 percent year-over-year during the week ending June 19, the largest decline since April 2020. And touring activity as of June 19 was 6 percent below the start of the year, compared to a 24 percent increase recorded at this time last year.

“Mortgage rates near 6 percent have put a big chill on demand for homes,” said Redfin Chief Economist Daryl Fairweather. “With home prices still at record highs, the affordability crisis has been dialed up to an 11 out of 10. Home sellers are aware of this as well; a record share are dropping their asking price. Even though there are fewer home sales, prices have not declined any significant amount yet. But if the housing market continues to cool, prices could fall in 2023.”