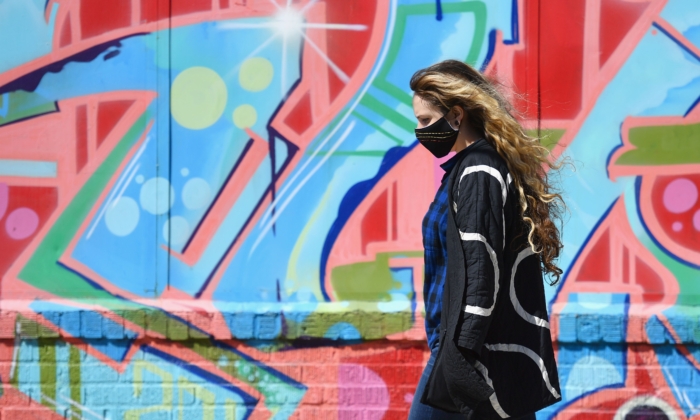 Visits to parks, retail stores, restaurants, and transit stations in New York City’s Manhattan borough dropped by roughly 80 percent in late March as people stayed home amid the outbreak of the CCP virus pandemic, according to a mobility report released by Google on April 3.

Visits to Manhattan’s retail shops and restaurants dropped the most—86 percent by March 29—the latest figure in Google report for New York county. Visits to parks and transit stations dropped by 79 and 78 percent respectively.

New York City is the epicenter of the Chinese Communist Party (CCP) virus—commonly known as the coronavirus—outbreak in the United States. Manhattan trails three of the other boroughs in total confirmed COVID-19 cases, but is home to many of the businesses that employ people from elsewhere in the city.

The data for New York is part of a vast trove covering more than 130 countries. China, where the CCP virus pandemic originated, is not part of the list because Google does not do business there.

“We have heard from public health officials that this same type of aggregated, anonymized data could be helpful as they make critical decisions to combat COVID-19,” Alphabet Inc., Google’s parent company, said in a blog post.

“In the coming weeks, we will work to add additional countries and regions to ensure these reports remain helpful to public health officials across the globe looking to protect people from the spread of COVID-19.”

Visits to groceries and pharmacies in Manhattan dropped by 52 percent even though both businesses are considered essential and are allowed to stay open during the statewide stay-at-home order. Traffic to workplaces dropped by 57 percent.

Brooklyn, Queens, and the Bronx—boroughs that all have more confirmed COVID-19 cases than Manhattan—had similar but less intense slowdowns, the Google report shows.

Tens of millions of people around the United States are staying home to do their part to combat the spread of the CCP virus in compliance with guidance from the White House and local regulations.

New York state reported 562 deaths for April 2, the highest death toll in a single day since the beginning of the outbreak. A total of 2,935 people have died of COVID-19 in the state.