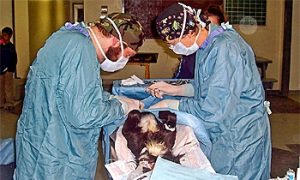 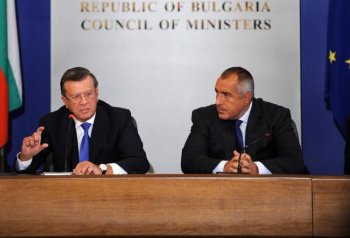 Kremena Krumova
Kremena Krumova is a Sweden-based Foreign Correspondent of Epoch Times. She writes about African, Asian and European politics, as well as humanitarian, anti-terrorism and human rights issues.
View profile
Follow
biggersmaller
Print
SOFIA, Bulgaria—After 24 hours of tense negotiations between Bulgarian and Russian officials on Saturday, an agreement was signed paving the way for the transport of 2.23 trillion cubic feet of Russian natural gas to South and Central Europe. The agreement is expected to usher in a new era of Bulgarian dependence on Russian.

Bulgarian democrats from the Blue Coalition have opposed Bulgaria’s involvement in the project, however.

Ivan Ivanov, Bulgarian member of Parliament from the rightist Democrats for Strong Bulgaria Party, and a member of the parliamentary Committee for Economic Policy, Energy, and Tourism, says that Russia’s goal is to engage all participants in the South Stream project as quickly as possible. The other countries on the pipeline are Greece, Italy, Serbia, Hungary, Croatia, Slovenia, and Austria.

The reason for the rapid engagement, says Ivanov, is the recent intensified work on the Nabuco gas project launched by the European Union. The project is a rival to South Stream, aiming to lessen European dependence on Russian energy.

A second reason is the discovery and exploitation of large amounts of schist gas by the United States. The United States has now outpaced Russia, producing 7.1 trillion cubic feet of natural gas per year.

“I think that the South Stream continues to be a political project with an unclear future," Ivanov said.

Ivanov said that he learned from Richard Morningstar, special envoy of the U.S. secretary of state for Eurasian energy, that South Stream will cost between $33.5 billion and $38.7 billion, making it the world’s most expensive energy project.

“The main weakness for us Bulgarians, is that South Stream does not do any good to lessen the energy dependence of our country. In practice, with this project our unilateral dependence on Russia continues,” Ivanov said.

In exchange for engaging in the South Stream project, Bulgaria will receive lower prices for gas supplied from Moscow.

At a press conference after signing the agreement, Traicho Traikov, Bulgarian minister of economy and energy, said the new prices will come into force mid next year when the old agreement for delivery expires.

“The lowered prices are important for the people, [and] necessary for the economy. During the negotiations we didn’t show off who is more stubborn, but showed care for the people. We want to enter the new heating season with new prices,” Bulgarian Prime Minister BoIko Borisov told reporters.

“When Prime Minister Boiko Borisov announced that the negotiations have been tough and in the end Russia gave up and promised lower gas prices, my question is: What did Bulgaria give up then? Neither the premier, nor the Economy minister commented on this. I believe, we will find out the answer in the coming months or years,” Ivanov said.

Energy Minister Traikov said that at present, Bulgaria earns $100 million annually from the transit fees, expecting that the number would rise to $6 billion with the South Stream project.

Russian counterpart Sergei Shmatko added that he was pleased with the results from the negotiations and pointed out that for Russia it is important to stay in the Bulgarian market.

The Bulgarian leg of the South Stream is estimated to cost $835 million, which will be shared equally by Bulgaria and Russia.

Bulgaria and Russia have a long history of mutual cooperation and dependence. Although the two countries were close allies during the Cold War, relations between them have shifted with Bulgaria becoming a member of both NATO and the European Union. Relations between the former allies are relatively friendly at present, but can hinge on Bulgaria’s dependence on Russian natural gas resources and its export market.