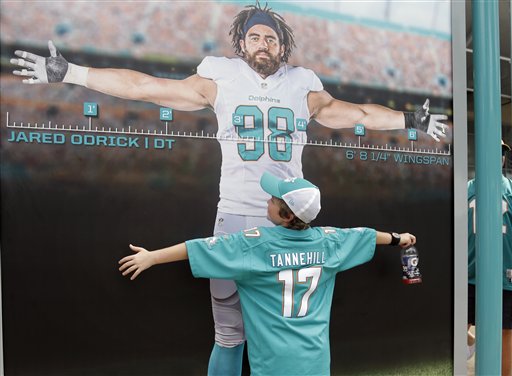 The New England Patriots are set to take on the Miami Dolphins on Sunday.

The game at Sun Life Stadium in Florida was set to start at 1 p.m. EDT.

The game is being broadcast on CBS.

–Miami goes up 7-0 in the first quarter. Ryan Tannehill hit Lamar Miller for the score. The touchdown came after Miami blocked a punt.

–The Patriots tie the score with about 5:10 left in the quarter, Shane Vereen ran the ball in for the 2-yard score. It’s no 7-7.

–Miami gets a field goal to cut into the lead near the end of the half. New England soon answers.

–The Dolphins kick a field goal to narrow the lead.

Check out an Associated Press story from before the game below.

Gaston was claimed by the Dolphins after being released by the Patriots.

Guard Josh Kline is inactive for New England, despite being originally listed as a starter.