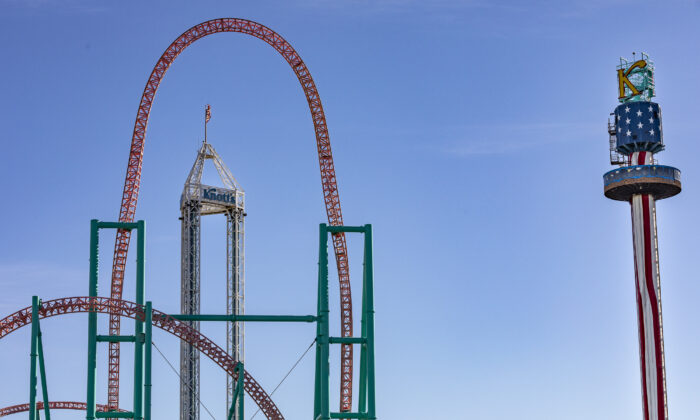 New details emerged about the multiple fights at Knott’s Berry Farm on July 16 that forced the park to close three hours early.

Videos released on Twitter show visitors running from the chaos and several security guards and visitors being assaulted.

Another video surfaced on Twitter showing that on the night of the fights, staff of the Build-a-Bear Workshop provided fleeing visitors a place to safely hide.

The staff provided people with water and snacks until it was confirmed there were no shots fired and people were able to leave safely, according to the Twitter post’s owner, Melissa McGovern.

The theme park in Buena Park, California, posted an update on Twitter Saturday evening saying it was “unruly behavior involving a number of teenagers.”

Buena Park police responded to multiple calls of fighting as well as reports of shots fired in the theme park at around 7:30 p.m. Saturday.

However, officers determined there was no shooting.

It was reported that two people were transported to nearby hospitals and one more was treated on scene—all with non-life-threatening injuries.

The Knott’s website indicated the park reopened at 9 a.m. Sunday.