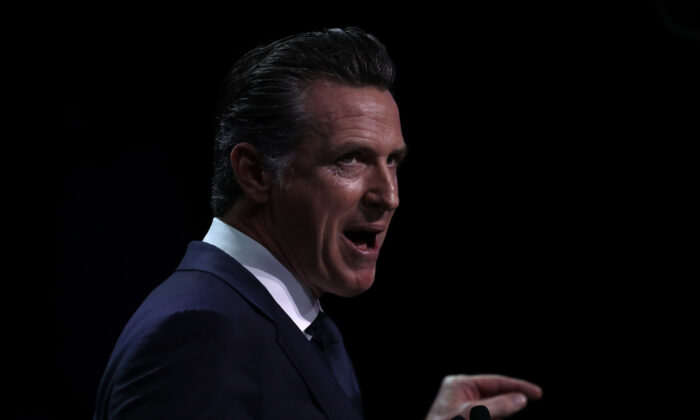 The state of California is giving childhood victims of sexual abuse more time to decide if they want to file lawsuits, the latest in a growing trend among states to expand the statute of limitations in the United States.

The new law also entirely suspends the statute of limitations for three years, beginning from January 2020, allowing victims of any age the ability to bring lawsuits if they wish.

A statute of limitations blocks prosecutors from having the power to charge someone once a certain number of years have passed since a crime was committed.

New York and New Jersey have signed similar legislation, making California at least the third state this year to have taken such steps. New York and New Jersey both raised their statutes of limitations to age 55. New York also suspended its statute of limitations for one year, leading to hundreds of lawsuits against hospitals, schools, the Roman Catholic Church, and, recently deceased sex offender Jeffrey Epstein.

“Many victims, due to stigma, fear, or the like, who did not come forward with their stories in a timely fashion—can now get some level of justice,” Julie Rendelman, a New York criminal defense attorney and former homicide prosecutor, told The Epoch Times.

Rendelman said there’s some cause for concern from a defense perspective.

She said the new law, to an extent, opens the door to frivolous lawsuits. Rendelman also questioned whether the much-needed justice for victims “outweighs the potential for certain individuals to take unfair advantage of the new law.”

“The longer an individual has to seek civil remedies for an alleged criminal act, the more difficult it is for the accused to defend themselves,” she said. “Witnesses that could support the accused may die or not recall the incident after so many years. Forensics, such as DNA, is often nonexistent.”

Much of the opposition to the law in California came from school districts, which warn that the law goes too far. Lawsuits filed up to four decades after the fact make it much harder to gather evidence, because witnesses are more likely to have moved away or died. In addition, the law changes the legal standard for liability, making it easier for victims to win in court.

Laura Ahearn, a New York attorney in private practice who has represented clergy abuse victims for nearly 20 years, told The Epoch Times the new laws are a form of recognition for “the profound psychological impact child sexual abuse has on a child and the long-term consequences of victimization.”

Older laws limit the amount of time a victim can seek remedy, which allowed offenders and institutions to avoid responsibility, Ahearn said.

“We predict that these statutory changes will result in more insurance companies requiring institutions they insure to educate professionals working with children and to create more proactive internal policies and procedures which would encourage accountability and ultimately prevent victimization,” she said.

On average, childhood abuse victims don’t disclose or deal with their abuse until the age of 52, according to Mary McKenna, the leader of the New York City chapter of the nonprofit “The Survivors Network of those Abused by Priests.”

“The law change has made me very happy,” McKenna told The Epoch Times via email.

A number of U.S. states have announced that they’re investigating clergy sexual-abuse allegations linked to the Roman Catholic Church.

In addition, more than half of the 187 Roman Catholic dioceses across the United States have started investigating clergy over child sex-abuse claims or have announced plans to do so, marking an extraordinary, renewed shift to look into a scandal plaguing the church.

The dioceses have also released the names of an additional 1,000 priests and other clergy accused of sexually abusing children, an Associated Press investigation has found. Nearly 20 local, state, or federal investigations, either criminal or civil, have begun since a Pennsylvania bombshell grand jury report was released last year. The investigations could potentially lead to the release of even more names and accusations.

“Above all else, they protected their institution,” Pennsylvania Attorney General Josh Shapiro said last year, referencing the church officials.