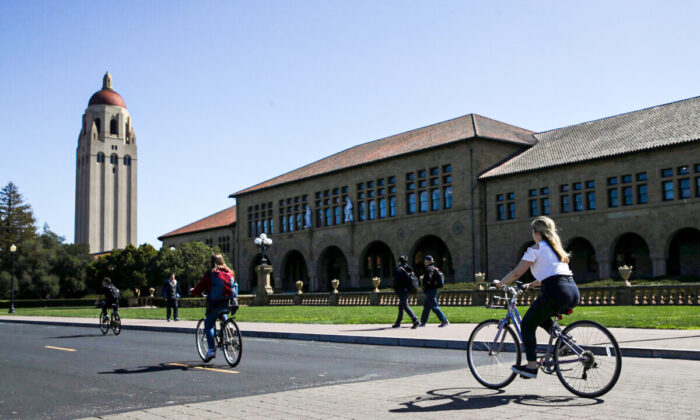 The law was enacted as an urgency statute, meaning it took effect immediately.

“This bill recognizes that the nonprofit sector of higher education has similar responsibilities and is confronting similar public safety challenges as their public counterparts,” Sen. Anthony Portantino (D-Burbank) wrote to the Senate. “It will help create safer college campuses by ensuring there is the ability to adequately enforce trespassing at these colleges and universities.”

Senate Bill 748, introduced by Portantino, specifies that people who have been instructed to leave campus will be punished for trespassing by a fine of no more than $500, by imprisonment in a county jail for no more than 6 months, or by both.

Public universities already have the legal authority to take such actions under existing law whereas their private counterparts—defined as accredited, nonpublic higher education institutions that grant undergraduate or graduate degrees, or both—could only hand out written warnings and escort trespassers off campus previously.

Backers of the law said the intent of increasing the severity of punishment for trespassing is to deter unwanted people from harassing students or disrupting campus life.

“This new law gives Chapman University the same ability to keep our campus safe, like a public college or university,” Rick Gonzalez, public safety chief at the university, told The Epoch Times.

John Ojeisekhoba Sr., the Chief of Campus Safety at Biola University, told The Epoch Times that each year its private Los Angeles campus deals with hundreds of outside people that trespass onto campus with the intent to commit property crimes against students, staff, and the university.

“It is a positive development for our campus,” Ojeisekhoba said in an email. “This law gives us an extra method to keep away persons who come to our campus to commit crimes or engage in serious misconduct or destructive safety behavior. Even in any of these instances, we will act with care and in a professional manner.”

Charlotte McKinley, a 20-year-old senior at Biola University said the law would be positive on her campus, helping students—especially female students—feel safe and focus on their studies.

“I think with this new [law] … the authority to provide real repercussions to trespassers could decrease the amount of intruders on campus,” McKinley said.