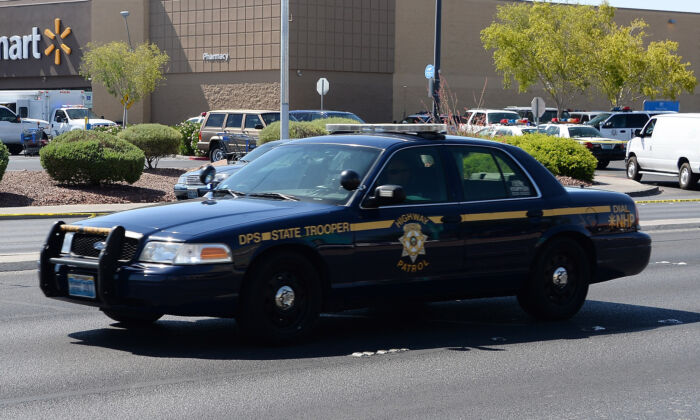 A Nevada Highway Patrol trooper is accusing Starbucks staff of deliberately giving him an iced-coffee laced with methamphetamine. (Ethan Miller/Getty Images)
US

A Nevada state trooper is suing Seattle-based Starbucks for allegedly serving him iced coffee laced with methamphetamine at a Las Vegas drive-thru in September 2020.

Trooper Steven Darnell was in full Nevada State Highway Patrol uniform when the incident allegedly occurred on Sept. 11, at the Starbucks drive-thru where he regularly goes for coffee.

Darnell claims he became sick shortly after drinking the beverage.

His symptoms included an upset stomach, headache, and burning sensations that got worse throughout the day.

According to the complaint, which was filed May 25 in Clark County District Court, the burning sensations lasted for approximately two weeks after the incident.

However, the suit does not provide any specific link to methamphetamine or the Starbucks beverage.

The NSHP did not respond to a request for comment.

Starbucks is accused in the lawsuit of negligence, assault, and intentional infliction of emotional distress, among other allegations.

Darnell is seeking $15,000 in punitive damages.

“We are aware of the claims of this incident, which took place in 2020, and believe they are without merit. We are prepared to defend our case in court,” Starbucks said to The Epoch Times.

Darnell’s attorney is Kevin Hanratty of Las Vegas, who did not return a call and email requesting comment.

No criminal charges were brought against Starbucks following a police investigation.

Starbucks reportedly conducted an internal investigation but could not substantiate the officer’s claims, a Starbucks spokesperson said.