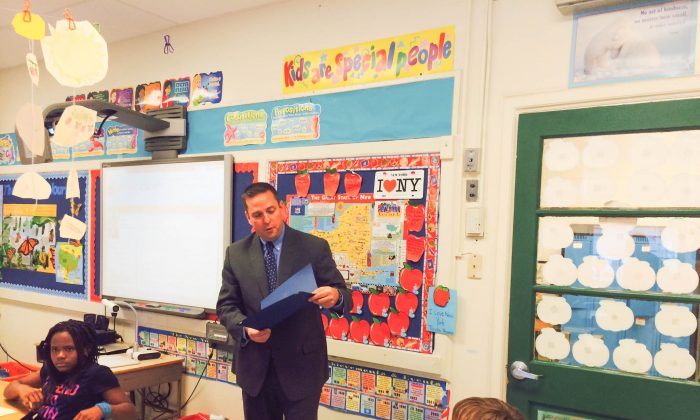 “Thirty eight skeletons have been found here since 1780, making Orange County the unofficial capital of exhumed mastodons in America,” Neuhaus read aloud from the proclamation.

The fourth graders had been studying mastodons and wrote Neuhaus letters with their suggestions for Mastodon Day, which included ideas like mastodon temporary tattoos, a mastodon ice cream cone, a mastodon parade, and a mastodon museum.

He encouraged the kids to visit the museum to see Harry, a real mastodon skeleton that was found near Harriman (thus the name) and Sugar the mastodon skeleton at Orange County Community College, which was named after Sugar Loaf near where it was found.

Responding to suggestions that the mastodon should replace the orange tree as the mascot for Orange County, Neuhaus said it was a good idea.

“That would make more sense than having a tree that’s not from Orange County, right?”

Neuhaus will continue to proclaim Oct. 14 as Mastodon Day in Orange County as long as he is county executive, he said. After that, it is up to the next county executive.