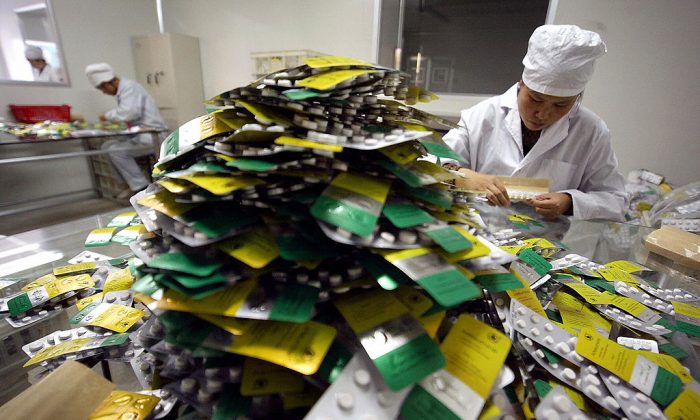 After the U.S. government increased tariffs on $200 billion of Chinese goods to 25 percent from 10 percent, China retaliated with tariff increases on $60 billion worth of U.S. goods.

According to the tariff list compiled by China’s Customs Tariff Commission, nearly 100 U.S.-made pharmaceuticals, medicines, and medical devices from the United States are now subject to added duties.

Chinese netizens expressed outrage, noting that many are life-saving drugs for critically ill patients. For some drugs, there are few or no alternative products made by Chinese pharmaceutical companies.

Among the drugs and medical products slapped with 25 percent tariffs are human insulin for diabetes treatment; leukotriene for asthma treatment; adrenocortical hormones, used to treat a number of illnesses, including acute infections and autoimmune disease; and radiocontrast agents used to enhance the visibility of internal structures in X-ray-based imaging.

Audiometers, which are devices used to measure hearing acuity; blood pressure measurement instruments; and dental X-ray instruments are among products under 20 percent tariffs.

By contrast, the United States has excluded Chinese-manufactured medicines and rare-earth minerals, which are critical for making electronic devices, from its tariff list on Chinese imports.

Many Chinese netizens expressed their outrage in the comments section of Chinese media reports on the added tariffs for U.S. drugs.

“Products related to people’s livelihood are used as leverage. How can that be?”

Ren Ruihong, a former senior executive at the Red Cross Society of China, told Radio Free Asia during an interview on May 20 that in addition to tariffs, there are a number of hidden fees already imposed by Chinese authorities on imported drugs, making U.S.-made drug prices extremely high for Chinese consumers.

According to Ren, Chinese authorities have applied these hidden fees under the premise of protecting the domestic pharmaceutical industry.

She added that the majority of drugs imported from the United States can’t be replaced with domestic alternatives. “For example, some drugs are for cancer treatment. They have no replacement in China. Chinese pharmaceutical companies tried to develop similar products, but the drug performance is very poor.”

In China, state-run hospitals are the primary means for people to buy medicines. About 75 percent of retail sales of all drugs occur within China’s national health care system, according to Zhu Hengpeng, deputy head of the Institute of Economics Chinese Academy of Social Sciences, as reported in a July 2018 report on the news portal Tencent.

Thus, hospitals’ near monopoly on drug sales has pushed up drug prices. Hospitals are then in the position to increase revenue by prescribing expensive foreign and domestic-made drugs to patients, rather than the cheaper generic substitutes.