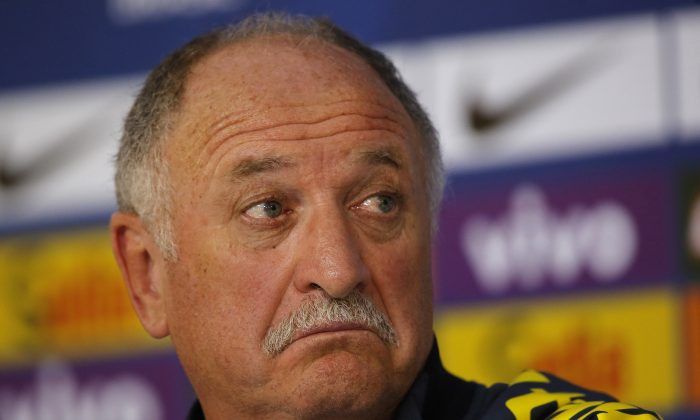 Brazil and Netherlands are set to face off in a World Cup 2014 third place match on Saturday, July 12.

The game will be played at Estádio Nacional de Brasilia, Brasília, and will kick-off at 4:00 p.m. EDT.

Both sides head into this match most probably not wanting to play it.

For the Brazilians, there is virtually nothing to play for but pride. A Selecao was utterly humiliated by a rampaging Germany 1-7  in the semi final match on Tuesday. Previously, they had lost captain Thiago Silva to a suspension, and star forward Neymar to a back injury.

It is uncertain if coach Luiz Felipe Scolari is going to be tactically innovative in the third place game, or just stick to the usual game plan: 4-2-3-1 formation, hit-and-run, soak up the pressure, and go for the counter.

Given his lack of meaningful contribution, striker Fred will most probably be replaced, and quite possibly by the equally hapless Jo. Thiago Silva should go back in the back four, and return some sense of organization and discipline to the utter chaos and shambolic defending that vice captain David Luiz preceded over.

The Dutch also have nothing to play for at this point. Netherlands reached the final in 2010 World Cup, so “winning” third place means little at this point.

It doesn’t help matters that the veteran star trio of Wesley Sneijder, Arjen Robben, and Robin van Persie are all in their 30s, which means that the 2014 World Cup will likely be their last.

Coach Louis van Gaal – who is leaving the national side for Manchester United this coming season – also doesn’t have the players to make radical shifts in his game plan, which is a more efficient variant of Brazil’s counter attacking game. Expect to see a 5-3-2, lots of cagey defending, and long balls to Robben and Van Persie.

Prediction: Match will go to penalties after 0-0 draw; Netherlands to win 5-3 in the shootout.

Check out the possible lineups here.

BELO HORIZONTE, Brazil (AP) — Brazil coach Luiz Felipe Scolari and his players are trying to put the devastating semifinal loss to Germany behind them as quickly as possible, turning their focus to the farewell match at their home World Cup.

Scolari on Wednesday said they have to find a way to move on, and the team already has a new objective: win the third-place game Saturday to give fans some reason to celebrate.

“Life goes on, we need to look forward to our next goal, and our next goal is to win the match for third place,” Scolari said. “We have to play it. It has become our main goal.”

The veteran coach said he knows the 7-1 result against Germany is going to hurt forever, but stressed that a “bad loss” can’t erase what he considered was an otherwise good campaign by the national team.

Scolari said it was his job to ensure the players get past “this horrible feeling” that overwhelmed them after the loss to Germany.

Only a few fans were waiting for the national team at its training camp outside Rio de Janeiro early Tuesday, including one who carried a banner reading “Shame.” Some fans booed as the bus carrying the squad left Rio’s airport.

“We have to be professional and we have to show our character,” midfielder Fernandinho said. “We need to get through these three days and play well on Saturday to try to finish third.”

Scolari said it’s important to put into perspective Tuesday’s loss, the team’s worst in its 100-year history, matching the margin of a 6-0 defeat to Uruguay in 1920.

“Because of the score and the high number of goals, we know the loss will go down in history,” Scolari said. “But it also has to go down in history that it’s the first time since 2002 that we made it to the semifinals. Our work wasn’t bad, it was just a bad loss.”

Scolari blamed a “six-minute disaster” in which Germany scored four goals in the first half.

The 2002 World Cup-winning coach returned to the command of the Brazilian national squad late in 2012. In 28 matches, he won 19, drew six and lost three, including Tuesday’s match.

Scolari is not expected to remain as Brazil coach, but he said that any decision about his future won’t be made until after the tournament.

“Our commitment is valid until the end of the World Cup,” he said, adding that after the tournament “we will probably talk to the directors of the (Brazilian football confederation), give them a report of what was done and how it was done, and then a decision will be made.”

“The president of the CBF will decide what is going to happen.”