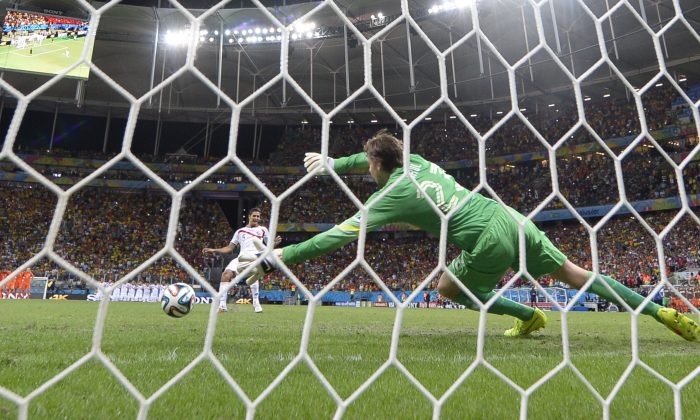 Netherlands' goalkeeper Tim Krul (R) fails to make a save from Costa Rica's midfielder Celso Borges during a penalty shoot-out after extra-time during a quarter-final football match between Netherlands and Costa Rica at the Fonte Nova Arena in Salvador during the 2014 FIFA World Cup on July 5, 2014. (FABRICE COFFRINI/AFP/Getty Images)
Soccer

Netherlands and Costa Rica are into penalties.

Tim Krul kept goal for the Netherlands, and Keylor Navas went between the sticks for Costa Rica.

Watch the penalties in action below.