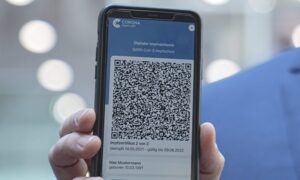 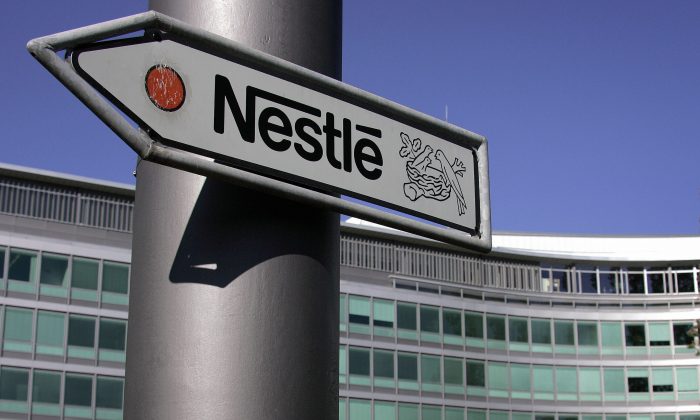 Vevey, SWITZERLAND: (FILES) Picture taken 23 August 2006 shows a sign of Nestle, the Swiss food giant, at the company's Headquarters in Vevey, Switzerland. Swiss food group Nestle said Wednesday 20 September 2006 that it would slash 645 jobs at a chocolate factory in the northern English city of York. The cuts, which amount to 26 percent of the workforce at the site, will start next year and continue until 2008, Nestle said in a company statement. The facility will continue to employ 1,800 staff. AFP PHOTO /FILES/ FABRICE COFFRINI (Photo credit should read FABRICE COFFRINI/AFP/Getty Images)
Business & Economy

SANTIAGO—Swiss-based food company Nestle SA is creating thousands of jobs and investing in new factories in Latin America as it looks to tackle social issues and shore up its position in one of its strongest markets, the regional head said on Tuesday.

The maker of Kit Kat chocolate bars and Nespresso coffee is working with government officials in the four countries that are members of the Pacific Alliance trade group—Chile, Mexico, Peru and Colombia—to create 2,900 jobs for young people over three years and teach job-hunting skills.

“Our view on corporate responsibility is that to make it sustainable we have to do it in a way that is embedded in our business model. Integrating young people can help us shape our company at a time of digital revolution,” the company’s Americas head Laurent Freixe said in an interview with Reuters on Tuesday in Chilean capital Santiago.

“We’re not proposing the jobs just to do good for society. Our business is developing and we have real needs.”

The initiative follows a similar project carried out by Nestle in Europe in recent years, where some countries are just beginning to recover from a youth unemployment crisis.

The company employs some 60,000 people in roles ranging from factory operatives to veterinarians in Latin America.

Although a recession in Brazil and commodities-driven slowdown throughout the region had an impact, Freixe said areas such as pet care and coffee offered potential growth as Latin America’s middle class expands.

“We have investments in many places. We are finalizing investments in pet food and infant nutrition in Mexico. We are discussing new sites (through the region),” he said, adding that the company was finalizing a new factory in southern Chile and that one slated for Cuba should be signed off by the end of the year.

He said the United States, where sales have limped recently, did not yet show signs of recovery, with constrained wage growth crimping consumer spending.

“Consumption in the U.S. is subdued and will remain subdued in the near future,” he said.

Nestle, like many food companies, is working to reduce sugar, salt and saturated fat in its products to meet rising consumer demands for healthier food.

While those demands have been louder in developed countries, emerging markets are also increasingly expressing concerns as obesity rates surge.

“There are many products where no one consumes that much,” he said, adding that nutrition education was the key to tackling the obesity problem.