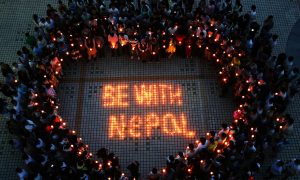 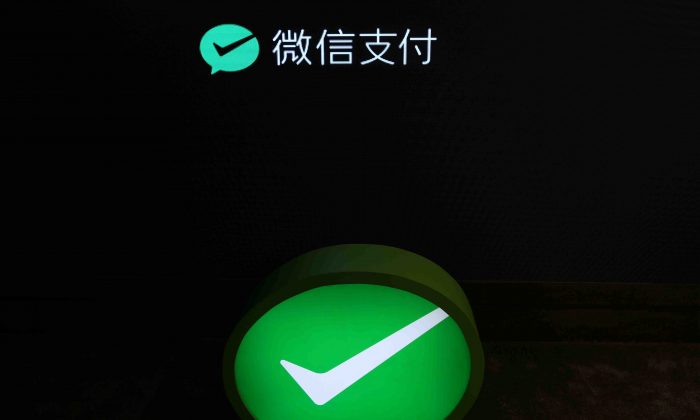 A Wechat Pay sign is pictured at a Wechat Pay pop-up store in Shanghai, China on Jan. 20, 2018. (Reuters)
Asia & Pacific

KATHMANDU—Nepal has banned popular Chinese digital payment apps WeChat Pay and AliPay saying payments from the unregistered systems were illegal and resulting in a loss of income to the Himalayan nation, a spokesman for the central bank said on May 22.

Laxmi Prapanna Niroula, a spokesman for the Nepal Rastra Bank, said the two digital payment platforms were not registered with the regulator in Nepal but were widely used by Chinese tourists for settling their payments with businesses.

“Any digital transaction made with unregistered foreign payment system like WeChat Pay and AliPay is illegal,” Niroula told Reuters. “Anyone using such platforms can be punished,” he said.

Under Nepali laws, anyone found guilty of embezzling foreign exchange can be sentenced to up to three years in jail.

WeChat Pay, operating on Tencent’s messaging service, and e-commerce giant Alibaba’s Alipay, are the two dominant platforms in mainland China. They are widely used by Chinese tourists for making payments to Chinese-run hotels, restaurants and other businesses in Nepal as the payment giants seek to expand overseas.

Tencent said WeChat Pay’s overseas division “strictly complies” with all regulations in the countries it operated in.

“As for illegal payment collection overseas, we are constantly using technical means to crackdown and prevent this behavior,” it said. “Overseas vendors should work with WeChat Pay’s partners to enable WeChat Pay’s collection services.”

“Alipay strictly complies with local rules and regulations in all markets where we operate, including overseas,” Ant Financial said.

“We request that all users abide by the Alipay Collection QR Code Agreement when using our QR code payment services. We have strengthened our measures to effectively prevent future cases where some users had wrongfully collected payments outside of China using domestic QR codes,” it said.

Niroula, the central bank spokesman, said these apps were using Nepal’s internet connectivity but transactions were made in China and not reflected in the Himalayan nation’s national accounts.

“The government cannot tax such transactions nor check any crimes related to such unregistered payment systems,” Niroula said. The ban came into force from Monday, he said.

Nepal, home to Mount Everest and birthplace of Lord Buddha, received 1.1 million tourists in 2018—of them 153,000 were Chinese visitors, the second largest number after Indian tourists who totaled 200,000. China and India jostle to influence Nepal, a natural buffer between them.

But now, the Indo–Nepal relationship looks to be undercut by China, after the latter announced a new trade agreement with Nepal.

The Transit and Transport Agreement (TTA), signed after a meeting in Nepal’s capital Kathmandu in September between Nepali and Chinese officials, would allow Nepal to use four of China’s seaports and three land ports for trade, according to a Sept. 7 article by Nepal’s English newspaper The Himalayan Times.

Under the agreement, Nepali traders will be allowed to travel by any mode of transport, such as rail and road, to access these ports. For the land port in Shigatse, Chinese authorities will provide permits for truck and container operators to carry cargo to and from the Chinese city to Nepal. The Himalayan Times article didn’t give an explanation why such a permit would be needed for Shigatse, but not for the other ports.

China’s motives behind signing the TTA has since been questioned by Indian media. According to Indian news website Opindia, the transportation costs are going to be higher with using Chinese ports, compared to Indian ports, given the longer distance from the Nepali border. For example, the distance to Kolkata, the capital of India’s West Bengal state, is about 480 miles (774 km), and the distance to Visakhapatnam, a port city in the Indian state of Andhra Pradesh, is roughly 741 miles (1,194 km).

The trade agreement is just one of a series of investments and projects that China has struck with the Himalayan country, as it is considered a strategic nation in its One Belt, One Road initiative (OBOR, also known as Belt and Road).