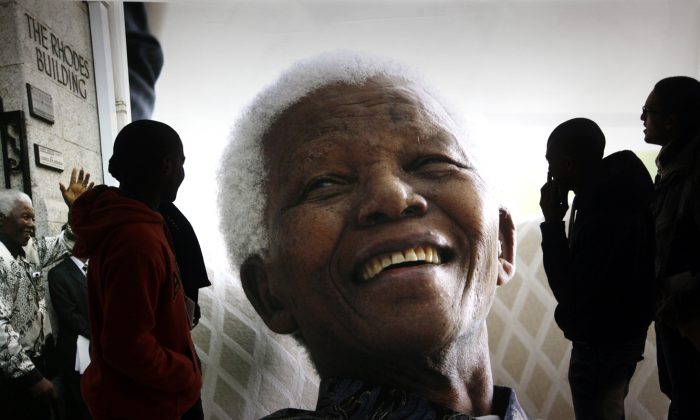 “No one is born hating another person because of the color of his skin, or his background, or his religion. People must learn to hate, and if they can learn to hate, they can be taught to love, for love comes more naturally to the human heart than its opposite.”
–Long Walk to Freedom.

“I have fought against white domination, and I have fought against black domination. I have cherished the ideal of a democratic and free society in which all persons live together in harmony and with equal opportunities. It is an ideal which I hope to live for and to achieve. But if needs be, it is an ideal for which I am prepared to die.”
–Nelson Mandela’s Court Statement before he goes to prison on April 20, 1964.

“The goal we have sought to reach is the consummation of the yearning of all humankind for human dignity and human fulfilment.”
–Speech to the United Nations, 1993.

Quotes below from: Nelson Mandela By Himself: The Authorised Book of Quotations

“Many people in this country have paid the price before me and many will pay the price after me.”
–After being convicted of inciting workers to strike at the Old Synagogue, Pretoria, South Africa, November 1962.

“I like friends who have independent minds because they tend to make you see problems from all angles.”
–From his unpublished Autobiographical manuscript written in prison, February, 1975.

“I never think of the time I have lost. I just carry out a programme because it’s there. It’s mapped out for me.”
–From a conversation with Richard Stengel, May 1993.

“A critical, independent and investigative press is the lifeblood of any democracy. The press must be free from state interference. It must have the economic strength to stand up to the blandishments of government officials. It must have sufficient independence from vested interests to be bold and inquiring without fear or favour. It must enjoy the protection of the constitution, so that it can protect our rights as citizens.”
–At the International Press Institute Congress, February, 1994.

“Real leaders must be ready to sacrifice all for the freedom of their people.”
–At the Chief Albert Luthuli Centenary Celebrations, Kwadukuza, Kwazulu-Natal, South Africa, April 1998.

“It is never my custom to use words lightly. If twenty-seven years in prison have done anything to us, it was to use the silence of solitude to make us understand how precious words are and how real speech is in its impact on the way people live and die.”
–Closing address 13th International AIDS conference, Durban, South Africa, 14, 2000.

“What counts in life is not the mere fact that we have lived. It is what difference we have made to the lives of others that will determine the significance of the life we lead.”
–90th Birthday celebration of Walter Sisulu, Walter Sisulu Hall, Randburg, Johannesburg, South Aftica, May 18, 2002.

“Those who conduct themselves with morality, integrity and consistency need not fear the forces of inhumanity and cruelty.”
–At the British Red Cross Humanity Lecture, Queen Elizabeth Conference Centre, London, July 10, 2003.

“A fundamental concern for others in our individual and community lives would go a long way in making the world the better place we so passionately dreamt of.”
–Kliptown, Soweto, South Africa, July 12, 2008.