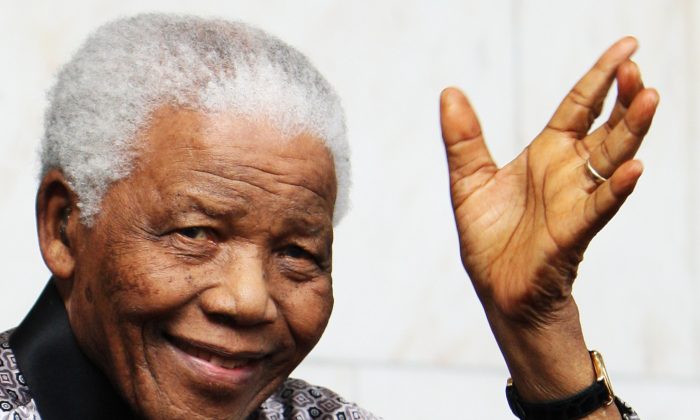 Nelson Mandela leaves the InterContinental Hotel after a photoshoot with celebrity photographer Terry O'Neil on June 26, 2008 in London, England. Mandela is in London in advance of the 46664 concert being held at Hyde Park on Friday the 27th June to celebrate Nelson Mandela's 90th Birthday. (Chris Jackson/Getty Images)
Good to Know

Nelson Mandela was an anti-apartheid leader who was jailed for 27 years under white minority rule in South Africa. Apartheid was a system of discriminatory racial segregation in South Africa.

Apartheid was eventually abolished in 1991, and Mandela won an all-race elections in 1994 to become the president of South Africa.

He served one five-year term, became a global statesman, and pursued charitable causes after that.

In total, Mandela did 67 years of public service.

The United Nations General Assembly approved of Nelson Mandela International Day in 2009, which was created both to honor the anti-apartheid leader and inspire others to “take responsibility for making the world a better place, one small step at a time,” according to a statement from the Nelson Mandela Foundation Initiative.

July 18 is also Mandela’s birthday, and this year’s Nelson Mandela International Day will be the first since his death.

Here are some quotes from Mandela.

“Money won’t create success, the freedom to make it will.”

“It always seems impossible until its done.”

“There can be no keener revelation of a society’s soul than the way in which it treats its children.”

“There is nothing like returning to a place that remains unchanged to find the ways in which you yourself have altered.”

“I learned that courage was not the absence of fear, but the triumph over it. The brave man is not he who does not feel afraid, but he who conquers that fear.”

“There are times when a leader must move out ahead of the flock, go off in a new direction, confident that he is leading his people the right way.”

“A good leader can engage in a debate frankly and thoroughly, knowing that at the end he and the other side must be closer, and thus emerge stronger. You don’t have that idea when you are arrogant, superficial, and uninformed.”

“Education is the most powerful weapon which you can use to change the world.”