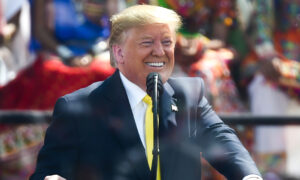 Media Serves Up Comedy in Effort to Get Trump
0 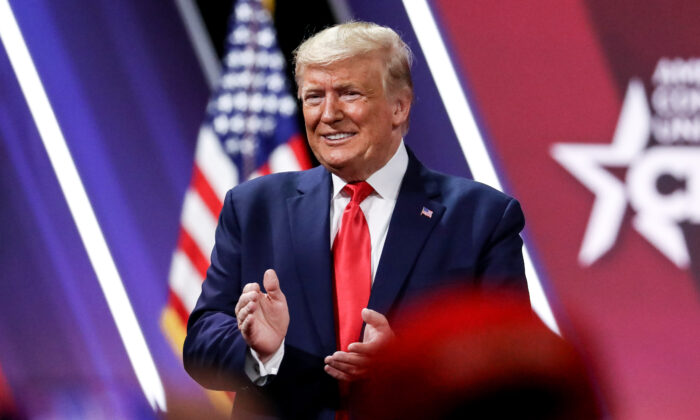 Neither Bernie, Nor Biden, Nor Bloomberg Will Stop Trump’s Winning

I’m glad Joe Biden won the South Carolina primary so decisively. Judging by the vacant but enthusiastic smile on his face at his victory celebration, I suspect he believes he just won the presidency.

I hope no one will disabuse him of that fantasy.

He should now gracefully retire to private life and entertain himself with memories of his glory days and his incredibly—I use the word advisedly—long list of accomplishments.

Poor Biden. His victory in South Carolina won’t, as some pundits are claiming, “resuscitate” or “breathe life” into the ailing former vice president’s asphyxiating campaign. That ship has sailed, as we’ll all see on March 3, when Sen. Bernie Sanders (I-Vt.) and former New York City Mayor Mike Bloomberg divide up most of the delegate cake.

I have no doubt that Bloomberg’s wall-to-wall advertising blitz will win him a lot of votes. As I’ve noted previously, money doesn’t have a large vocabulary, but it does know how to say “Yes.” “Mini Mike” has spent some $500 million dollars so far, and his campaign is barely underway.

Still, I doubt he’ll be able to effectively impersonate Autolycus, that amiable rogue in “The Winter’s Tale,” who bragged that he, like the chap who stole Odysseus’s helmet, was a “snapper-up of unconsidered trifles.”

I understand that the Democrats, most of them, are in panic mode over the prospect that Sanders—“Crazy Bernie,” in the president’s apt epithet—might actually be the party’s nominee. But I don’t think the presidency of the United States is for sale.

Conrad Black might slightly overstate the reality when he predicts that, should Sanders be the nominee, he would lose all 50 states, including his home state of Vermont. But it is, at most, a slight overstatement. Donald Trump, the most successful president in living memory, would ride to victory in a historic landslide, taking the vast majority of states and dragging along some extra Senate seats and perhaps a couple dozen House seats as well.

I stress this now because of an objection—I think it is a silly objection—that I have heard making the rounds these last couple of months as the Sanders express has gathered, and emitted, more steam.

It goes like this: “Donald Trump was a surprise, populist candidate that the Republican establishment (and leftists, too, of course) despised. Nevertheless, he rode to a surprise victory in 2016. Just so, Sanders is a populist candidate who terrifies the Democratic establishment (and sane people everywhere). Nevertheless, he has a vocal claque of supporters and therefore he, too, might ride to a surprise victory in 2020.”

What’s wrong with this picture? This is a column, not a treatise, so I won’t provide an exhaustive inventory of what is wrong with this misbegotten analogy. The critical point is this. Donald Trump arrived in 2015 to capitalize on a long-smoldering rage against the deep-state establishment.

He came on a platform of security, prosperity, and, above all, putting America first. He has had three years to show what he meant, and has presided over one of the most astonishing economic renaissances in history. In an effort to rekindle the impartial dispensation of justice, he has nominated and seen confirmed more than 200 federal judges and two Supreme Court justices.

He has done an immense amount to roll back the busybody, initiative-draining regulatory state; he has rebuilt our depleted military; he has expended extraordinary efforts to close the holes in our porous borders and battle illegal immigration; he has enacted tax cuts and other policies that have brought unemployment down to historic lows, and sparked real wage growth for the first time in decades.

Trump entered the race promising to “Make America Great Again.” People, disgusted with what they saw happening to our country, trusted him to try. Now they’re grateful for his manifold successes and look forward to more. “The best is yet to come,” he says in his ads and campaign speeches. Many people believe he’s right.

Sanders’s central platform, by contrast, revolves around a totalitarian program that would put big government in charge of—well, everything. Call it “Make America Poor Again.” That’s the essence of his platform. Lenin said communism means keeping track of everything. This, Sanders would do.

Among much else, he would abolish private health insurance, putting the government in charge of everyone’s health care (what could go wrong?). He would make drastic cuts in the military. He would adopt many elements of the “Green New Deal,” declaring war on one of the primary initiatives responsible for our newfound prosperity: fracking and other new energy technologies.

Like many of the millennials who flock to his cause, Sanders comes to the fray announcing that he was told there would be no math. Thirty trillion dollars, $60 trillion, $100 trillion?; he has no idea how much his programs would cost. Nor, really, does he have any idea how he would pay for it all, beyond saying he would “tax the rich.”

Unless you work for a fiction outlet such as CNN or The New York Times or have delayed your passage to full maturity by inhabiting a college environment, you know that what Sanders has on offer is a poison chalice. More to the point, the voters—the vast majority of them—understand this.

Not Tired of Winning

Trump is in some ways a histrionic politician. He glories in rude tweets, diminishing (but painfully apt) nicknames, and the art of the insult. But he also has been remarkably consistent about his essential message.

In an op-ed for the Reno, Nevada, Gazette-Journal in January 2016, for example, a time when most people still considered him a joke, he wrote this about the rule of law and the concentration of unaccountable power in the executive branch:

“Why … has our Congress allowed the president and the executive branch to take on near-dictatorial power? How is it that we have a president who will not enforce some laws and who encourages faceless, nameless bureaucrats to manage public lands as if the millions of acres were owned by agencies such as the Bureau of Land Management and the Department of Energy? … The only way to change these circumstances is to bring to Washington a president who will rein in the federal government and get Congress to do its job. … Who will … work with Congress to make sure the legislative branch does its job. … A president who has the will, strength, and courage to lead. What is needed in Washington is a president who is not beholden to special interests and who is only interested in putting America and Americans first.”

This is exactly what Trump has endeavored to do. During his first campaign, he used to joke that he would be so successful at turning around the country that people would “get tired of winning.”

They aren’t tired of winning yet, which is why the wrecking ball that is Bernie Sanders will be shattered during the nomination process or, should he win the nomination, be utterly obliterated come the election in November.