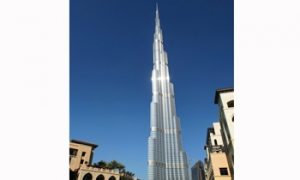 NEW YORK—After 4-year-old Marchella Pierce died as a result of her mother's abuse in September 2010, Administration for Children's Services (ACS) caseworker, Damon Adams, was charged with criminally negligent homicide as was his supervisor, Chereece Bell.

Marchella was born 15 weeks premature and lived most of her life in the hospital. She was returned to the care of her mother, who was a known drug abuser, in February 2010 and died seven months later. ACS determined in June 2010 that the service provider, Child Development Support Corporation (CDSC), was not adequately fulfilling its responsibilities.

The contract was immediately terminated, and Marchella's case was transferred directly to ACS. An internal investigation into the case revealed that “ACS staff had virtually no contact with the family.”

Adams and Bell say they visited the Pierce home, but did not have time to fill out the paperwork as their workload was too heavy, according to an Associated Press report.

In their child protective services unit, ACS reports that the average workload is 11 cases per worker. The Child Welfare League of America recommends a maximum of 12 to 15 cases at one time.

ACS launched an extensive review of its operations after Marchella's death. The agency worked with Public Advocate Bill de Blasio and child welfare advocates to form a Children’s Services Planning Group. The group reviewed 1,175 ACS cases, and released an 86-page report last week, outlining problem areas and recommending solutions. ACS has already begun to implement some of the suggested reforms.

“While the case review findings do not suggest that the Marchella Pierce case points to overall systemic failure, they do indicate areas where ACS policy and practice requires strengthening,” states the report.

A key gap was highlighted by the Pierce case: medically fragile children are not identified and tracked as such in the system. The report suggests better use of technology to document cases involving children with medical needs, as well as taking special measures to ensure parents are equipped to care for such children. A special medically fragile child liaison should also be employed at every Division of Child Protection (DCP) office.

While the majority of safety and risk assessments documented by ACS workers were found to be accurate, following up with appropriate action was sometimes lacking. A concentrated study of “elevated risk conferences” showed that 19 percent of 129 cases reviewed warranted a conference but no conference was held.

The procedure for closing a case should be improved, states the report. Reviewers found that ACS should have followed up on one-quarter of closed cases, though fewer than 5 percent of these cases needed immediate follow-up.

Overall, ACS will work to improve supervision of providers and employees, documentation, and responding to safety concerns in cases.

City Council and Mayor Michael A. Bloomberg committed to guarantee the ACS preventive services budget. In future years, Bloomberg says $14.3 million will be secured in the budget for preventive and related services.