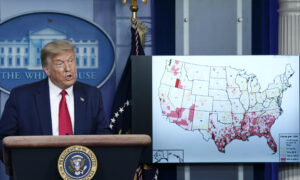 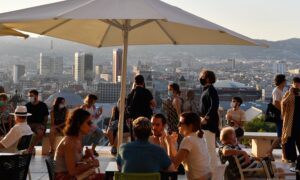 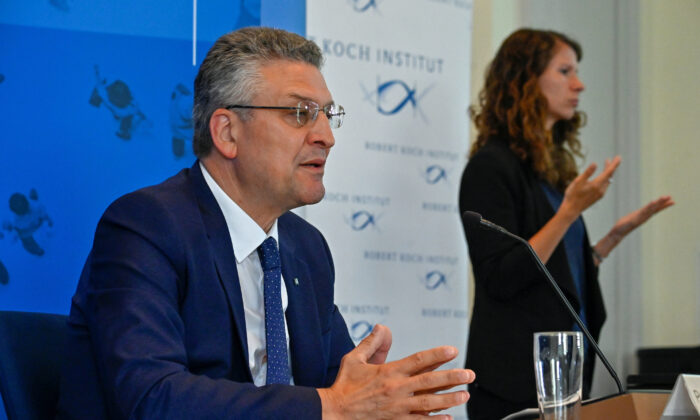 The head of Germany's Robert Koch Institute (RKI), Lothar Wieler, addresses a news conference on the spread of the coronavirus disease (COVID-19), in Berlin, on July 28, 2020. (Tobias Schwarz/Reuters)
WORLD

BERLIN—Negligence is behind Germany’s steady rise in new coronavirus infections, the head of a state-funded research body said on Tuesday, adding it was unclear if a second wave was underway.

“The new developments in Germany make me very worried,” Lothar Wieler, of the Robert Koch Institute (RKI) for infectious diseases, said during his first news conference in weeks.

“The rise has to do with the fact that we have become negligent,” he added, urging people not to flout social distancing rules.

The number of daily new cases almost doubled on Tuesday to 633, and the RKI, which is Germany’s most closely followed compiler of COVID-19 data, linked that to increased contact at parties and the workplace.

With 206,000 confirmed cases and just over 9,000 deaths, Germany wants to avoid a second wave, which would bring back lockdowns after economically crippling restrictions that closed many businesses for six weeks in March and April.

Europe’s biggest economy withstood the pandemic with far fewer deaths than some large neighbors like France and Italy.

The summer holiday season has prompted fears that tourists returning from destinations experiencing a surge in new cases like Spain could sow the seeds of a second wave.

But Wieler downplayed that.

“It is irrelevant if you are on holiday or at home,” he said. “The holiday is as much a part of the precautions against the spread of COVID-19 as your work and home life. The setting is irrelevant.”

Germany on Tuesday advised holidaymakers not to travel to several Spanish regions including Catalonia, home to Barcelona.

The port city of Hamburg is weighing a ban on selling alcohol in its red light district after revelers ignored social distancing rules at the weekend.