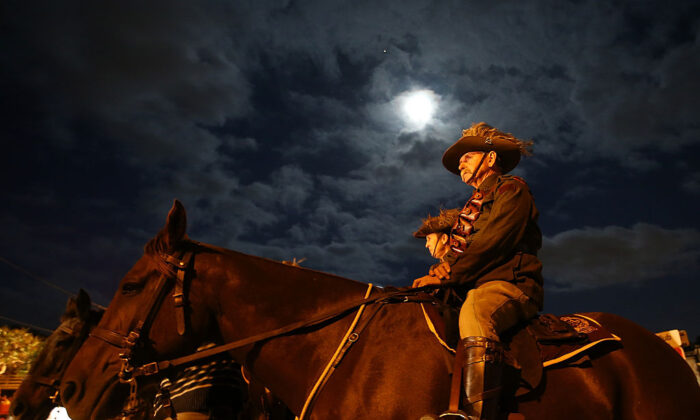 More than seven out of ten veterans held negative beliefs toward ordinary civilians, a core belief that can thwart their attempt to adjust to civilian life after the military, a former captain in the army told the Royal Commission into Defence and Veteran Suicide on Thursday.

Dr Kerri-Anne Woodbury, the lead researcher into transition and re-integration with the Gallipoli Medical Research Institute (GMRI), said those prevailing attitudes towards civilians had already emerged as a persistent theme at the royal commission hearing in Brisbane.

“As we’ve heard from a lot of people over the last two weeks, people in the military are told that they are more than civilians and they are better than civilians, and you never want to be a civilian,” said Woodbury.

She said a survey of 1,248 veterans conducted by the GMRF showed just over 77 percent held negative attitudes toward civilians, while just over 78 percent have reported experiencing a difficult transition.

“When you transition and you are now one of them (civilians), that can be a real struggle for a lot of people,” Woodbury added.

Other important factors that influence veterans’ well-being include purpose and connection outside of the military, the ability to seek help with health and mental health difficulties, and regimentation, which is a veteran’s adaptability to change and retention of problematic military habits.

“When people spend a lot of time in the military, it becomes not only their workplace but their social touchpoint as well, and so the people that had friendships and connections outside of that were found to do better,” Woodbury noted.

“People who saw service as a chapter in their life and when that chapter closes that there will be other chapters, did well when they were able to bracket that service experience and being able to see that as something that has finished and that isn’t the end of their life, it’s the end of that particular chapter.”

“While it is “very important” to make sure soldiers are able to function as part of the team, for a lot of people it becomes a problem when the “indoctrination” in the military life follow them to their normal lives, resulting in a loss of identity and a sense of purpose, with some cases to be “life-ending,” she said.

“The military is brilliant at indoctrinating people… but there is no process at this point to undo any of that; it is the de‑indoctrination that seems to be lacking in the military culture at the moment.”

“The term “culture shock” is a correct use of words for people who are moving from military, which has been their life 24 hours a day, seven days a week, for what can be decades and some times many decades.”

On Wednesday, the commissioners heard from a Brisbane GP who runs Australia’s largest veterans health care practice that a lot of issues around veteran suicide is the transition period.

“It is literally the coming out of a world which is completely different to the normal civilian life,” said Kieran McCarthy, who did multiple deployments as a military doctor, “you leave the military, but the military never leaves you, and that’s a lot of the struggles.”

“So a lot of guys, when they get out, they get into substance abuse, and then they can’t work, and employers don’t want to employ them because 60 Minutes tells them they are broken and crazy, and it’s a real struggle moving forward.”

“I had a fantastic career, and life is boring. It’s just boring,” he said.