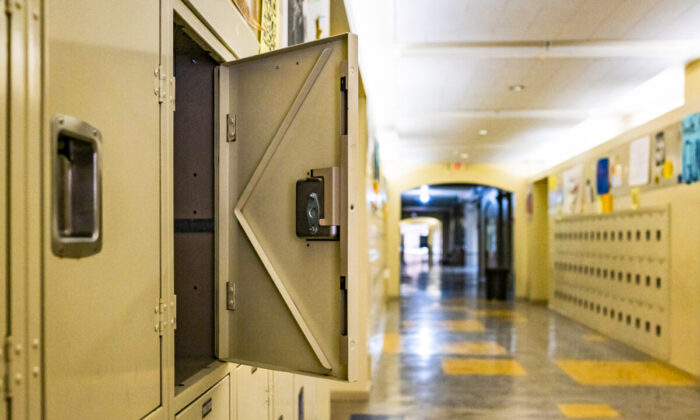 Nearly half of Los Angeles Unified School District (LAUSD) students—or about 200,000 students—have been “chronically absent” since September —meaning they have missed almost 10 percent of school days this year, according to an April 3 story in the Los Angeles Times.

This comes as the district struggles to recover from setbacks brought on by the COVID-19 pandemic, even as schools returned to in-person learning this year and mask mandates were lifted last month.

At the height of the Omicron variant surge in January, about 30 percent of students—or 180,000—did not attend classes the first week, according to the Los Angeles Times, due to either testing positive for the virus or due to technical issues uploading their COVID-19 status to the district’s “Daily Pass” mobile app, which was required.

Though nearly 90 percent of students over 12 years old are vaccinated, those that aren’t and who are exposed to the virus must quarantine between five days and 10 days—depending on whether they want to take a COVID test or not—possibly adding to the high numbers, according to the Los Angeles Times.

Other reasons for the absenteeism cited in the Times story, were lack of transportation, poor physical or mental health, and family issues.

“If we do not address this, we will not be successful at anything else,” he wrote in a Tweet shortly after the story was published.

Carvalho previously said, shortly after taking office in February, he would use his first 100 days to assess students’ academic performance and attendance.

LAUSD’s twofold increase in absent students is a trend reflected by the state.

For the 2020–2021 school year, about 14 percent of students statewide were chronically absent, according to a January 2022 report by the California Department of Education.

So far this year, that number has hit 30 percent, according to a report prepared by the state’s department of education for the Los Angeles Times.

California is one of the few states nationwide whose federal funding for school districts is tied to the districts’ average daily attendance numbers.

Meanwhile, California Senate Bill 830 is working its way through the Legislature. That bill would change the rule so that funding is based on enrollment rather than attendance.

The absentee average days missed by LAUSD students, over the last handful of years, according to the Los Angeles Times was 19 percent.

A spokesperson for LAUSD did not respond to a request for comment by press deadline.