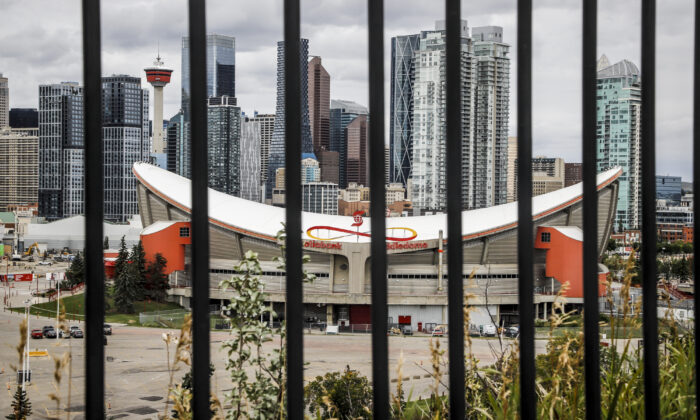 Calgary's downtown core is in the riding of Calgary-Centre, pictured in Calgary, Alta., on Sept. 2, 2021. (The Canadian Press/Jeff McIntosh)
Canada

Nearly Half of Canadians Say Downtown Cores Have Declined in Past Year: Poll

Nearly half of Canadians say the state of the downtown core closest to where they live has declined in the past year, a recent poll shows.

Released by Canadian market research firm Leger on Aug. 11, the poll reported that 45 percent of Canadians indicate that the downtown core nearest to them is declining.

In addition, 15 percent of Canadians say that either a close friend or family member or they themselves have feared for their safety in the downtown core nearest to where they live in the last six months.

According to the second-quarter report by commercial realty firm CBRE, Calgary has the highest downtown office vacancy rate among the 10 Canadians cities listed in the report, at 33.7 percent, surpassing the national rate at 16.9 percent.

The Leger poll, conducted from Aug. 5 to 7 in collaboration with the Association for Canadian Studies, was based on a random sample of 1,509 Canadians aged 18 and over recruited from its online panel.