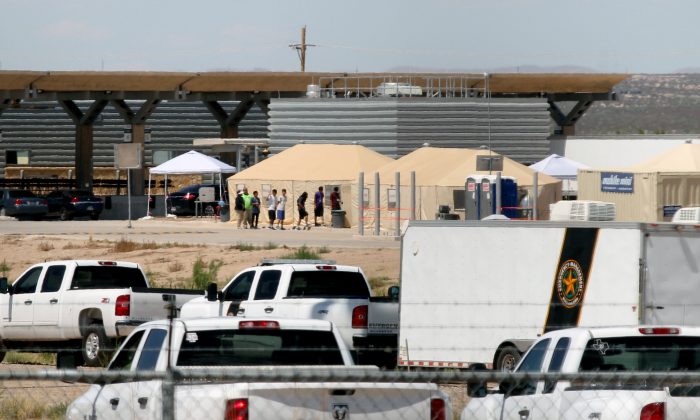 Almost 98,000 young illegal immigrants graduate from high schools across the United States every year, according to new research from the Migration Policy Institute (MPI).

In Florida, the number of illegal immigrants who graduate was 5,000, while New York was slightly lower at 4,000.

Researchers also stated that the advent of in-state tuition and other policies that encourage illegals to graduate and enroll in higher education have contributed to the number of illegals graduating.

The Trump administration rescinded the Deferred Action for Childhood Arrivals (DACA) program in 2017. MPI noted that court orders have protected nearly 680,000 current beneficiaries from deportation and work authorization. The administration will not accept requests from young illegal immigrants who have never held DACA status before, making the 98,000 annual graduates “ineligible going forward,” the researchers wrote.

While 98,000 illegal immigrants students graduated, 125,000 had reached high school graduation age, according to an MPI factsheet.

The estimates draw from MPI’s methodology that analyses sociodemographic characteristics of the illegal immigrant population by assigning legal status in Census Bureau data.

Meanwhile, as many as 300,000 migrant children could be entering the United States via asylum this year, according to a recent study by Princeton Policy Advisors published in April.

The migrant children are likely to enroll in the public school system at taxpayer expense, Princeton Policy Advisors researcher Steven Kopits noted. He said that the average cost would be $11,000 per year nationwide, which “far exceeds any tax contribution their parents, typically earning $20,000–$25,000/worker, could make.”

President Donald Trump, who has made tackling illegal immigration a signature issue of his presidency, recently wrote on Twitter that “the Dems MUST act fast to change our pathetic immigration laws.” On April 24, he said that there have been more than 418,000 apprehensions by border patrol along the U.S.–Mexico border. Trump also lamented that Mexico is “doing very little for us” on stopping the illegal immigrants.

On April 25, hundreds of migrants hoping to reach the United States boarded a freight train in southern Mexico.

The risky move to board the train, known as “La Bestia” (The Beast), followed a mass breakout of migrants from a holding center in the southern border city of Tapachula. The government estimated that some 1,300 people escaped but said a majority later returned to the center.

Men, women, and children from various countries boarded the slow train as it pulled out of the town of Arriaga in the southern state of Chiapas, Mexican media reported. Migration authorities said at least 395 people had boarded the train.

Trump has repeatedly floated the idea of closing the U.S.–Mexico border if the administration of President Andrés Manuel López Obrador doesn’t put a stop to illegal immigrants reaching the U.S. frontier.

The breakout from the Tapachula holding center was one of the largest in recent years and came after Mexico reportedly stepped up efforts to round up and send home migrants.