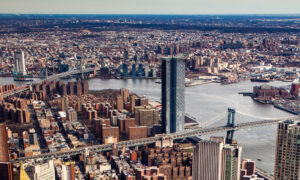 NEW YORK—Nearly two dozen people were hurt, and one was left clinging to life, after a a fast-moving fire broke out in a Queens home Sunday morning, officials said.

The blaze broke out on the second floor of the single-family home on Hampton Street near Elmhurst Avenue in Elmhurst about 7:45 a.m., the FDNY said.

It took 60 firefighters about 45 minutes to bring the blaze under control.

One person was in critical condition and 22 others, including one firefighter, suffered minor injuries, officials said.

The cause of the blaze was under investigation.