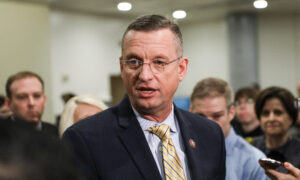 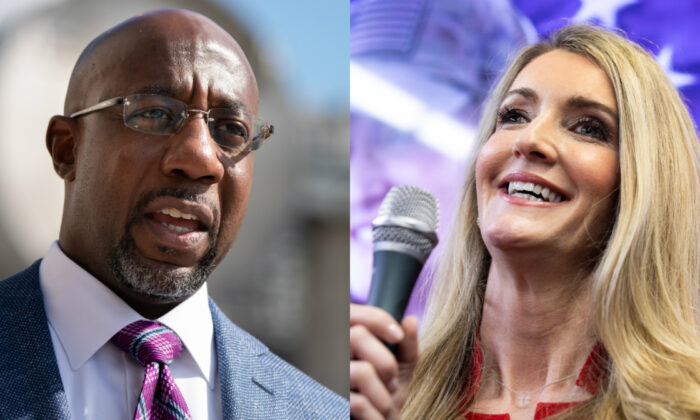 Nearly one million absentee, or mail-in, ballots have been requested for the two U.S. Senate runoffs in Georgia, an elections official announced Wednesday.

Secretary of State Brad Raffensperger, a Republican, told reporters at a press briefing that officials have received 993,735 requests for mail-in ballots. Counties have already received back 11,474.

The number of requests increased by tens of thousands in just a few days.

Voting machine testing will start this week for early voting for the runoffs, which officially take place on Jan. 5, 2021, but for which voting will start in 12 days.

“I believe that Jan. 5 is where people should be expending their energy,” said Raffensperger. “We need to look ahead to control the United States Senate, and a statewide Public Service Commission seat are at stake.”

The secretary of state and a top official in his office, Gabriel Sterling, have repeatedly downplayed or dismissed allegations of election fraud and did so again on Wednesday.

Some people “have hate in their heart” and many “wish that our guy would have won the election” but it looks like Democratic presidential nominee Joe Biden, not President Donald Trump, won Georgia, Raffensperger said.

“We are a nation of laws and not of men. We have to remember that we have systems and policies and procedures and institutions that have served us well. We do well to secure protect and enhance those institutions to further protect and defend our constitution and our nation,” he added.

Raffensperger ordered a hand audit of the presidential election last month. The state is in the midst of a second recount, after Trump’s campaign requested one. Officials have declined to carry out signature verification, leading Trump to call the recount unsuitable for finding the actual voting tally.

Sterling clarified on Wednesday that even if someone voted in the Nov. 3 election in another state, they are able to vote in the runoffs, provided they are a registered voter in Georgia at the time they vote.

The secretary of state’s office is investigating three groups that allegedly sought to register ineligible, out-of-state, or deceased voters for the runoffs.

Raffensperger showed reporters three documents attempting to register his dead son to vote. They arrived to his home.

“We have received specific evidence that these groups have solicited voter registrations from ineligible individuals who have passed away or live out of state. I will investigate these claims thoroughly and take action against anyone attempting to undermine our elections,” he said in a written statement.

The groups are America Votes, Vote Forward, and The New Georgia Project.

A Vote Forward spokesperson told The Epoch Times via email that letters are sent using voter information from a third-party vendor.

“The data is imperfect and there are some inconsistencies that we can neither predict nor control. If any letter recipient has moved out of state or passed away, they will of course be unable to register to vote in Georgia, and the letter itself will have no effect,” the spokesperson said. The other two groups didn’t respond to inquiries.

In the runoffs, Sens. David Perdue (R-Ga.) and Kelly Loeffler (R-Ga.) are battling filmmaker Jon Ossoff and pastor Raphael Warnock. The races are for the control of the Senate.

Democrats need to win both and the White House to flip the Senate. They already maintained control of the House of Representatives.

Vice President Mike Pence is headed to Georgia to campaign for the senators on Friday while Trump is traveling there Saturday. Biden’s aides have said he plans to go there at some point.