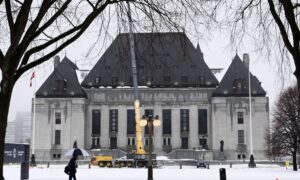 Favouring Their Own: The Politicization of Canada’s Courts
0
Share Now
TelegramFacebookTweetEmailTellMeWeReddit
Copy Link 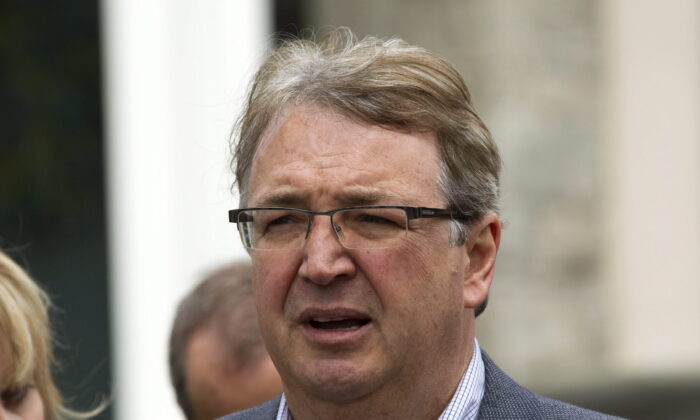 A former Liberal Party president and a former longtime Liberal MP say the party has veered too far to the left and alienated many veteran Liberals.

Six-term Liberal MP Dan McTeague sat in the House of Commons representing southern Ontario ridings from 1993 to 2011, and was active in the party going back to the late 1970s.

But McTeague says that his former party is now Liberal in name only.

“This is the NDP on steroids … a party that has outflanked the NDP itself, has pretty much stolen the talking points of the Greens, created a coalition on the far left,” he said in an interview.

Stephen LeDrew, who directed John Turner’s campaign tour in his successful bid to succeed Pierre Trudeau as party leader and prime minister in 1984 and was president of the Liberal Party from 1998 to 2003, also laments the party’s turn to the left.

“We have a government in Ottawa which is completely running untrammelled across the rights of citizens and financial accountability.”

Reading ‘From the Same Hymn Book’

McTeague says he decided not to continue on with the party due to its policy stances as well as some social issues.

“The Liberal Party was always open, very tolerant. We had a big tent approach to ideas,” he notes, but that has changed.

The party has turned into “a pup tent reinforcing elites who already sound off one after another and read from the same hymn book and drink from the same dirty water that is irrelevant to Canada,” McTeague says.

“It’s a cult of climate. It’s no longer driven by ideology, driven by public sentiment, public support, innovation, new ideas, the overall and the overarching drive to ensure that you had equal representation, balanced representation of the various diversities of this country,” he says.

He says in today’s Liberal Party, decisions are not made by discussions or debate. Instead of being listened to, many people are “shamed” for their positions or ideas that may not be popular in some regions.

“It’s true of the idea of ‘cancel culture,’ and deplatforming is very much what this Liberal Party has become, as opposed to an open kind of party when it began.”

The former MP says Canada doesn’t seem to be governed by ideas in pursuit of creating opportunities for people. The current path the government is on, he says, “will lead to high costs and job losses.”

“It’s pretty clear that the carbon tax is going to smash this country to pieces … potentially creating an alienation in this country the likes of which is likely to lead to a disaster for this Confederation,” said McTeague, who is now president of Canadians for Affordable Energy.

In its first term, the Liberal government passed Bill C-69, which required regulators to add a project’s upstream emissions to environmental considerations when approving pipeline projects. Alberta Premier Jason Kenney called it “The No More Pipelines Bill C-69” and a “direct invasion of provincial jurisdiction.”

Then Bill C-48, enacted in June 2019, banned oil tankers from the northern half of the west coast. And in December 2020, the government announced it would gradually implement a $170-per-tonne price on carbon, adding 37.5 cents/L for gasoline and 45 cents/L for diesel by 2030.

In for ‘Real Trouble’

McTeague says there are many like him who think the party is not what it used to be.

“The vast majority are sitting on the sidelines in absolute disgust with what’s happened to the Liberal Party,” he said.

LeDrew says many Liberals have tried to provide input for the party to change course, but they are not given any opportunities.

“There are a lot of people who take issue with what’s going on, but they’ve thrown up their hands because even if they volunteer help, they’re turned down,” he says.

Contributing to the problem, he says, is the lack of coverage on important developments, as the legacy media aren’t shedding a light on what is happening to the country.

“The taps are flowing and no one really knows the extent of the expenditures or where it’s going,” he said.

The party is going down a path that will lead to “real trouble,” LeDrew said, adding that it’s important for people “to try to rectify what’s going wrong.”

“We have a real problem with democracy and accountability in Canada, and it’s something that is being overshadowed by the pandemic. I get that, but when the pandemic is over and we are left picking up the ashes, we are going to realize that we as citizens let our country down.”