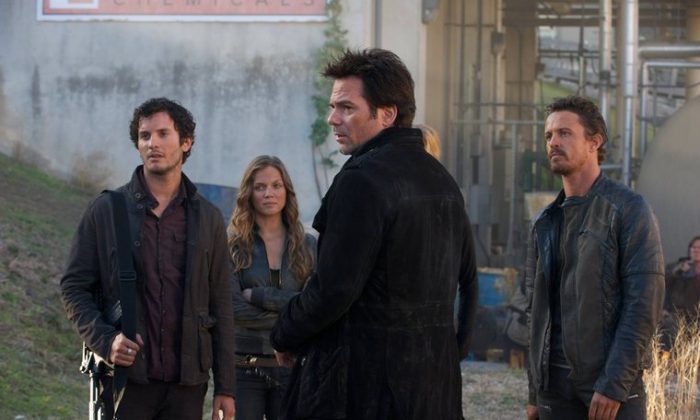 NBC Shows Believe, Crisis to be Canceled in Favor of Revolution, Parenthood Renewals?

Both Believe and Crisis could miss out on a season 2 on NBC as the two shows are battling for renewal against Revolution and Parenthood.

Revolution would be renewed for a season 3 if it were renewed–it’s got five episodes left in season 2, which is finally starting to pick up again plot-wise.

Parenthood would be renewed for a season 6. It has four episodes left in season 4.

Zap2It, which crunches viewing numbers, reported that “the first Sunday ratings for both Believe and Crisis were just good enough to throw Revolution and Parenthoodfans into a panic, because if B&C were renewed, R&P were certainly done.”

However, the second Sunday ratings for both Believe and Crisis dropped to a level that prompted the blog to label both shows as “likely to be canceled.”

Parenthood and Revolution are now “toss up between renewal or cancellation by May 2014.”