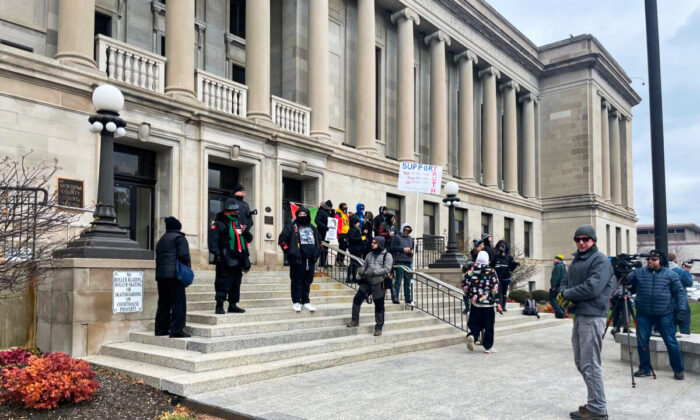 The NBC producer who was accused of telling one of her workers to follow the Kyle Rittenhouse jury bus on Wednesday deleted her social media accounts a day later.

Irene Byon’s actions came after she was identified by name by Kenosha County Circuit Judge Bruce Schroeder, who read to the courtroom a police report detailing what happened.

James J. Morrison, the underling, was pulled over by police officers after running a red light. He told officers that he was directed by Byon to follow the bus.

“Police, when they stopped him, because he was following at a distance of about a block and went through a red light, pulled him over and inquired of him what was going on. And he gave that information and stated that he had been instructed by him Ms. Byon in New York to follow the jury bus,” Schroeder said.

Byon was listed on LinkedIn as an NBC booking producer. She started as a news producer for NBC in November 2016 and was based in San Diego, California, before shifting to being a booking producer based in New York in August, according to the profile. She holds a bachelor’s degree in broadcast journalism from the University of Southern California. A message sent to her on the platform was not returned.

Her last post was about the death of George Floyd while in police custody in Minneapolis, Minnesota.

She was following the Kenosha Police Department and at least seven accounts linked to NBC.

Byon later took down her Twitter and LinkedIn accounts.

The Kenosha Police Department said in a statement that “a person who is alleging to be affiliated with a national media outlet was briefly taken into custody and issued several traffic related citations.”

“Police suspect this person was trying to photograph jurors. This incident is being investigated much further,” officials said.

An NBC spokesperson told The Epoch Times in an email that a freelancer received a traffic citation.

“While the traffic violation took place near the jury van, the freelancer never contacted or intended to contact the jurors during deliberations, and never photographed or intended to photograph them. We regret the incident and will fully cooperate with the authorities on any investigation,” the spokesperson said.

NBC did not respond when asked whether Morrison was directed by Byon to follow the bus.

Jurors’ identities have been shielded throughout the trial, which is being watched closely by people across the nation. The bus windows were covered to prevent them from seeing signs being held by people outside the courthouse, according to the judge.

“I have instructed that no one from MSNBC News will be permitted in this building. For the duration of this trial. This is a very serious matter, and I don’t know what the ultimate truth of it is,” Schroeder said. “That someone who is following the jury bus, that is a very it’s extremely serious matter and will be referred to the proper authorities for further action.”