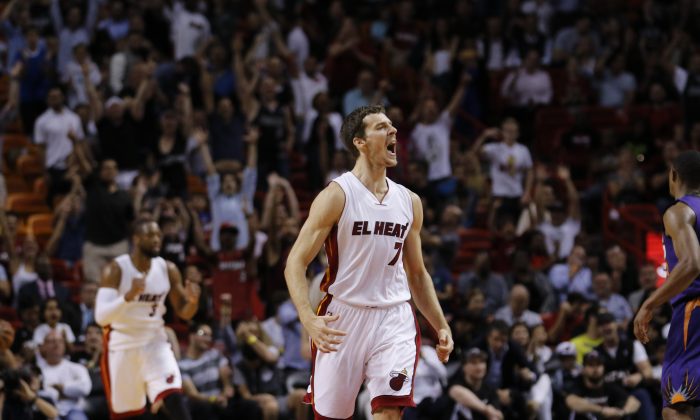 A fantastic weekend of basketball starts on Friday night with a number of great games on the slate.

Powerhouses will face off, newly re-energized teams will look to extend winning streaks, and others vying for playoff sports will look to avoid critical losses.

Check out the best action coming out way this weekend below.

Miami needs wins very badly to stay in the race for eighth while Toronto also needs wins to stop its freefall.

Both teams typically present entertaining styles of basketball, and all eyes will be on Hassan Whiteside after his one-game suspension.

Russell Westbrook is always fun to watch and Minnesota has improved recently with a healthy Ricky Rubio and the tutelage of Kevin Garnett.

This game also has playoff implications, since Oklahoma City just fell out of the eighth spot in the West after losing to the Clippers. Prepare to see Westbrook pour in 50 points.

Los Angeles is humming along nicely without Blake Griffin and is very close to moving up in the standings.

Dallas, on the other hand, can’t put things together and is increasingly in danger of facing Memphis as the seventh seed or even getting passed by both the Thunder and the Pelicans. Expect to see a good battle in this game, though it could turn into a blowout for the Clips.

Milwaukee’s youth movement has spawned an energetic, lengthy team that boasts one of the top defenses in the league. That defense will face a test in the struggling but still potent Memphis, which is in danger of slipping out of homecourt advantage in the first round of the playoffs.

Boston’s most exciting player, Isaiah Thomas, won’t play because he’s hurt but the young squad plays with so much energy and hustle that it doesn’t matter too much.

The Pacers have been clamping down on opponents as they rocket up the standings, and are practically impossible to beat at home–other than a two-point loss to the Spurs, Indiana hasn’t lost there since January 31.

Sacramento has become a bigger force with new coach George Karl, and DeMarcus Cousins is one of the few low-post talents left in the league.

The Wizards have improved lately and are regaining the fun form that was lost for too many weeks in the middle of the season. There’s also a little added drama, since the teams exchanged backup point guards Andre Miller and Ramon Sessions at the trade deadline.

Denver has ramped up the pace under interim coach Melvin Hunt, and are a real threat to every team now. New Orleans has been on fire lately and Anthony Davis is one of the best players in the league.

Expect to see a close game that will show Davis’s increasing clutch play.

Westbrook again, this time against an undermanned Chicago team. Can Tom Thibodeau devise a plan to stop him or will this be a blowout?

Also, this could be one of the last games that Oklahoma City must win without Kevin Durant, who could be back from injury as soon as March 18.

Expect this game to reach well over 100 for each side.