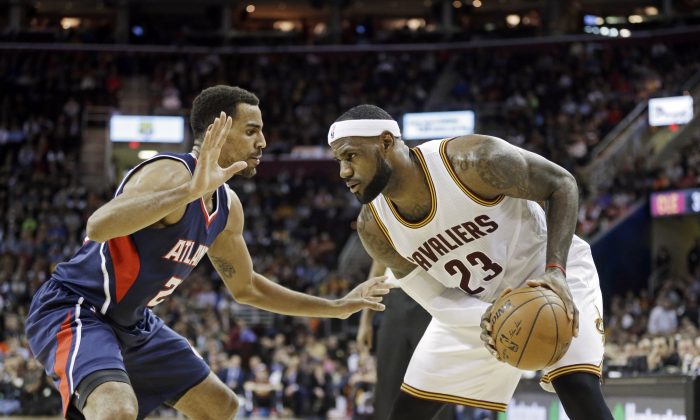 Weekends always bring the best of NBA action, and the next three days will not disappoint.

Several huge matchups kick it off on Friday night, including an Eastern Conference showdown between the Cleveland Cavaliers and Atlanta Hawks.

As a number of teams jockey for the playoffs, those in contention for spots near the bottom will also play several games this weekend.

Check out the top picks below.

Celtics vs Pelicans — Boston and New Orleans are vying for playoff spots in separate conferences, and both feature dynamic players in Isaiah Thomas and Anthony Davis

Cavaliers vs Hawks — The two top teams in the East battle it out in Atlanta.

Pistons vs Rockets — James Harden is always fun to watch, while Detroit has the exciting big men Andre Drummond and Greg Monroe.

Suns vs Nets — Brooklyn needs every win it can get in the playoff race, and has been playing pretty well since the trade deadline.

Mavericks vs. Warriors — Golden State’s powerful offense pitted against the struggling Mavs, could easily be a blowout or a close game.

Grizzlies vs Pelicans — A potential first-round matchup sees Davis try to lead his team to victory despite being overmatched on paper.

Wizards vs Bucks — Washington and Milwaukee, both struggling in the last few weeks, try to right the ship against each other.

Suns vs Cavaliers — Phoenix gets another strong East foe while Cleveland works at extending its recent stretch to secure the second seed.

Jazz vs Nets — Utah has been one of the surprises post-All Star break, with lengthy Frenchman Rudy Gobert blocking everything in sight.

Bulls vs Spurs — The undermanned Bulls face an aging San Antonio team in what should be a grinder.

Thunder vs Raptors — Russell Westbrook is one of the most exciting players in the league, but hard to watch sometimes if you’re actually a fan of Oklahoma City.