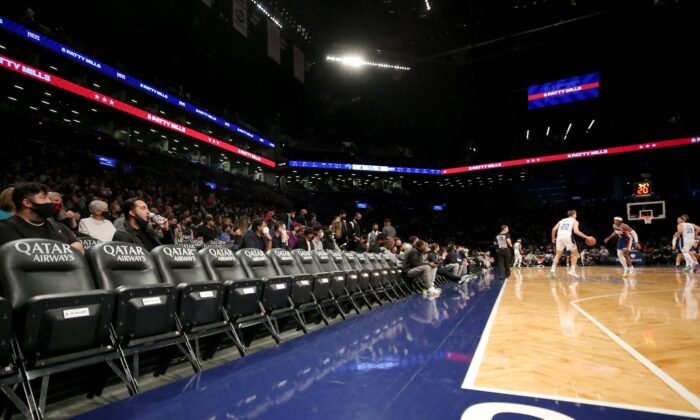 The NBA on Sunday announced it had postponed the next two Brooklyn Nets games and three other games because of the high number of players and staff who have entered the NBA’s COVID-19 health and safety protocols.

The Cleveland Cavaliers, Orlando Magic, and Philadelphia 76ers will also have games rescheduled because of the recent wave of new cases.

Seven NBA games have been postponed since last week. On Monday, the Chicago Bulls postponed two games after players and staff members were placed in protocols.

The Eastern Conference-leading Nets have been particularly hard hit, with stars Kevin Durant, James Harden, and Kyrie Irving among the nine players unable to suit up due to the protocols.

Cleveland’s home game against the Atlanta Hawks on Sunday was postponed after five Cavaliers players tested positive for COVID-19 in the morning, ESPN reported.

Los Angeles Lakers coach Frank Vogel also entered into the protocols and will miss Sunday night’s game in Chicago. Assistant David Fizdale will serve as the acting coach against the Bulls.

Lakers forward Kent Bazemore also entered the protocols on Sunday, becoming the seventh Lakers’ player to do so amid the current outbreak.