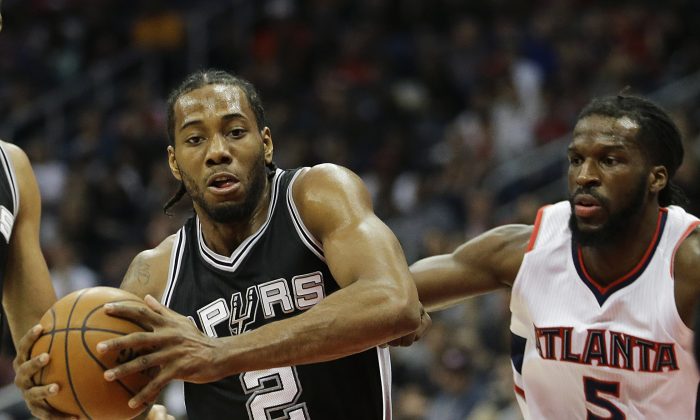 NBA Playoff Predictions 2015: A Look at the Western Conference Matchups

With just weeks left in the 2014–2015 regular season, the Western Conference playoff race is almost over.

Only nine teams remain in the running, and the New Orleans Pelicans are now an outside shot. The most important thing to determine is the first-round matchups, which could make or break teams in the rugged West.

The Golden State Warriors are locked in at the first seed, and the Oklahoma City Thunder appear locked in as the eighth seed.

The other seed that looks pretty much locked in are the Dallas Mavericks at seven, but that could potentially change. And less than three games separate the second and sixth seeds.

Let’s take a look at the complete picture:

The Trail Blazers are on top of the Northwest Division, and can therefore fall no lower than fourth. But if the Clippers or Spurs end up with a better record in fifth place, they get homecourt advantage in the first round.

Keep in mind that the Warriors, and possibly some other teams, will be resting players throughout these two weeks. Denver has already rested players despite not being in the playoff race, and DeMarcus Cousins of the Sacramento Kings—a team not even in the playoff race—recently rested a game.

The most fun in the rest of the regular season comes from head-to-head matchups within these nine teams.

Besides typically producing exciting games, the matchups will help determine playoff seeding due to wins/losses but also to tiebreakers in case two or more teams end up with the same records.

Let’s look at the remaining head-to-heads:

Records don’t mean as much at this time of the season, especially for several improving teams.

The Utah Jazz stormed out of the All-Star break as the best defensive team in the league, while the Indiana Pacers got hot as well.

The Sacramento Kings, Denver Nuggets, and Brooklyn Nets are three other teams that are better than their records indicate.

Here are matchups for the West teams in the playoff race against improving teams:

While some teams are improving, others aren’t or aren’t enough to make much of a difference.

That includes several teams in the West–the Los Angeles Lakers and Minnesota Timberwolves, for instance.

Check out the remaining games against easier opponents:

A small pocket of games doesn’t fit into any of the above categories. The Suns aren’t horrible but they aren’t really improving either, for instance.

Some Eastern Conference teams, such as the Raptors and Wizards, have actually gotten worse as the season has progressed.

Here’s the rest of the games: