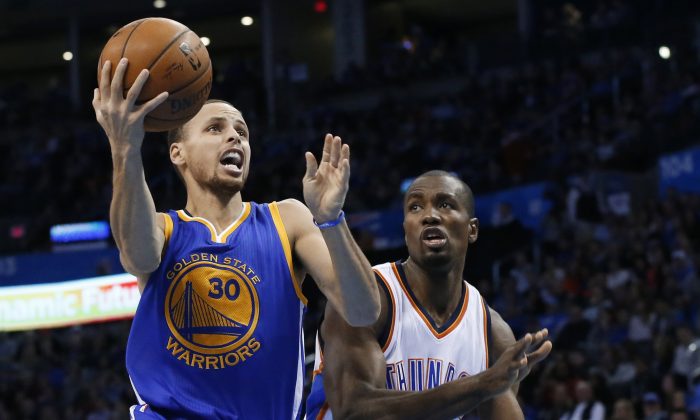 The latest NBA MVP odds are out and they have Stephen Curry on top.

Curry, the Golden State Warriors point guard, is pegged as having 1-4 odds of winning the coveted award.

James Harden of the Houston Rockets, who has carried his team without Dwight Howard, is next with 3-1 odds, according to Bovada.

Russell Westbrook, who has vaulted into the conversation with his tremendous play following Kevin Durant’s injury, is set at 5-1.

No other contender is even close. Many believe the field includes LeBron James of the Cleveland Cavaliers and Anthony Davis of the New Orleans Pelicans, but both have strong marks against them–LeBron missed a bunch of games this season, and it looks like Davis will not be able to help his team make the playoffs after all.

LeBron is in fourth with 25-1 odds but is truly a long shot, as his season compares unfavorably to the top three.

The final position of the Rockets will likely determine whether Harden wins or not. If the team can snag second place in the West, the argument is strong for the shooting guard. If not, the award could very well go to Curry.